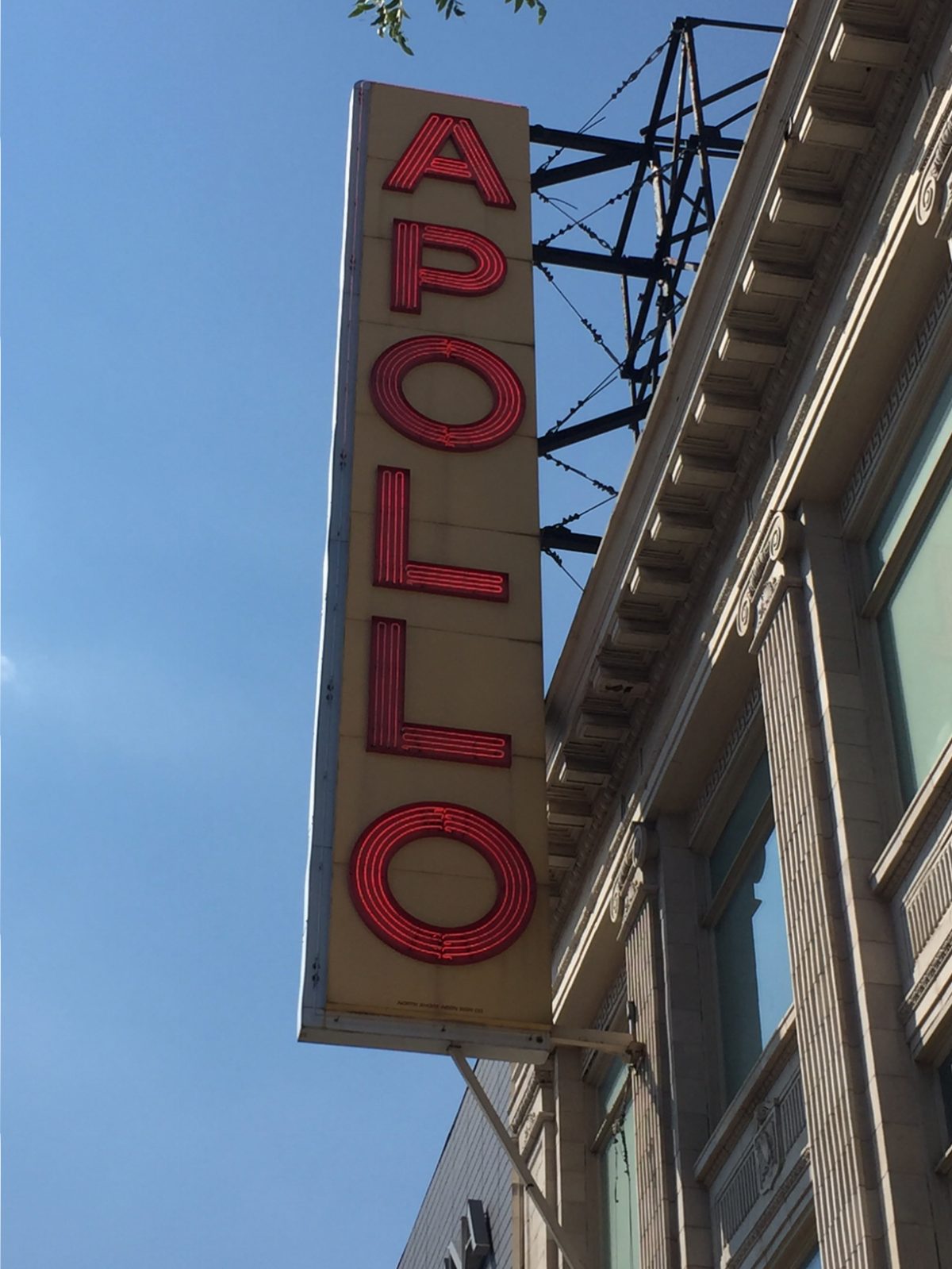 Sitting near the intersection of 125th Street and Frederick Douglass Boulevard is the world-famous Apollo Theater.  Known for its Amateur Nights every Wednesday and being the destination of emerging acts and some of the most famous of all time alike, the Apollo Theater is one of the cornerstones of Harlem and of African American culture in the city and the country.  Through its Amateur Night and former show Showtime at the Apollo, which was beamed nationwide from 1987 to 2004, most Americans should have at least a familiarity with this famed venue.

The 1500+ seat venue was designed by George Keister in a neoclassical architectural style.  The theater began life in 1913 as a burlesque theater open to whites only that was called Hurtig and Seamon’s New Burlesque Theater (named after its owners).  When Fiorello LaGuardia became mayor in 1933, he sought to end vice and burlesque in the city, including Hurtig and Seamon’s theater.  Theater owner Sidney Cohen bought the theater and integrated it, making it one of the most popular venues in the city—and giving it the current name.  Between the 1930s and the 1990s, the theater would change hands several times, including being owned by former Manhattan Borough President Percy Sutton.  In 1991, the nonprofit Apollo Theater Foundation began to manage the theater.  The theater and famous marquee were restored in the 2000s, helping the Apollo Theater to go confidently into the next 80 years.

In terms of performers at the Apollo, the list of people who have premiered there or played sold out shows is a veritable who’s who of some of the greatest talents in America.  Artists such as Ella Fitzgerald and Pearl Bailey made their debuts at the Apollo.  Other great singers and performers such as Duke Ellington, Count Basie, Bill “Bojangles” Robinson, and Billie Holliday were all performing when the theater first opened.  Others such as Tito Puente, James Brown, Jimi Hendrix, and Aretha Franklin would be major performers in the 1960s and 1970s.  In the 2000s, the theater has become a place of pilgrimage after famous performers such as Michael Jackson, James Brown, and Prince passed away.  A walk of fame under the Apollo Theater shows some of the greatest performers to ever take the stage of the theater.

The Apollo Theater forms an important place in African American culture in New York and in the musical history of our country.  You can see the Apollo Theater and the Walk of Fame on a Sights by Sam tour of Upper Manhattan.