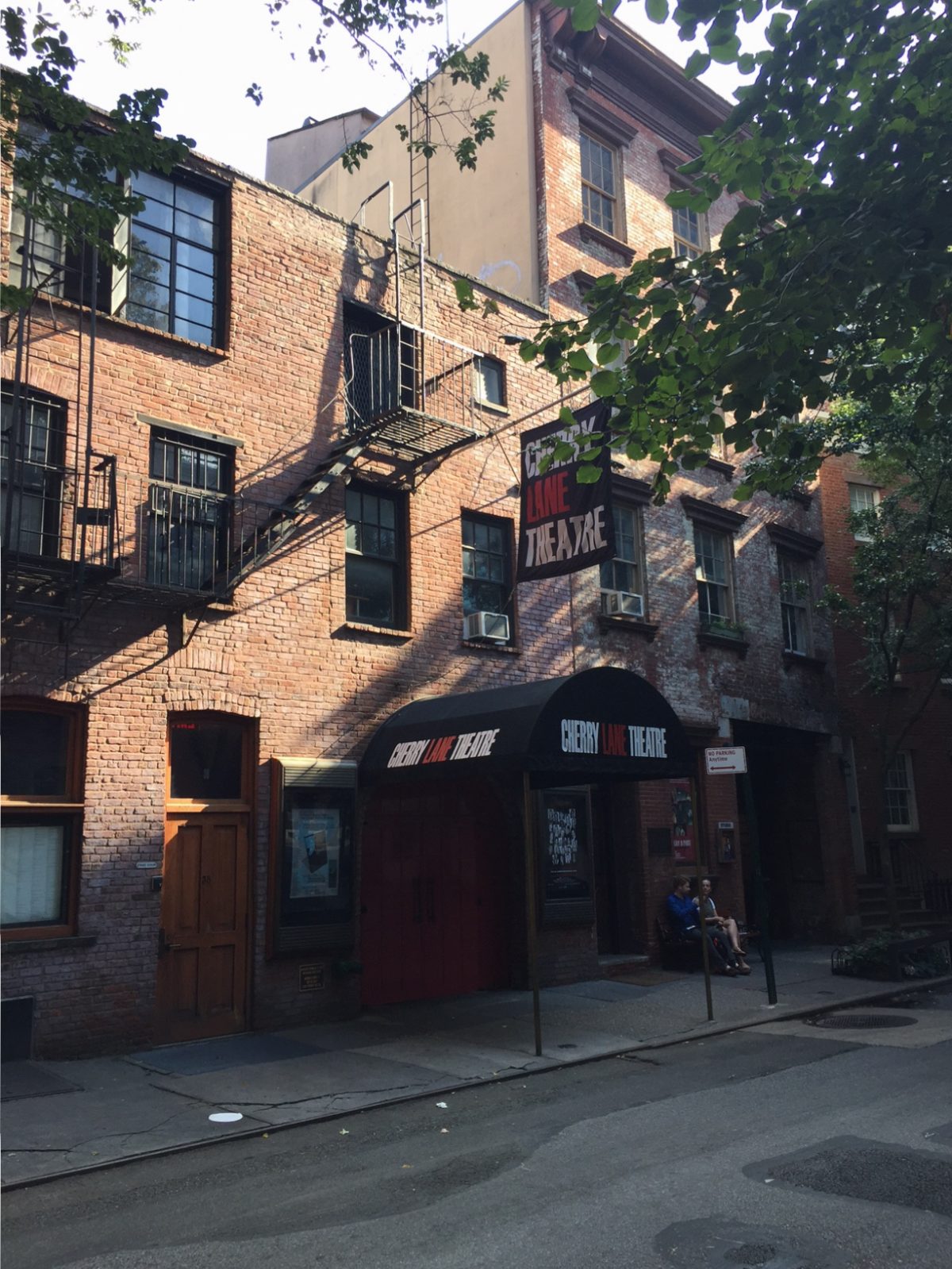 Along with London, New York is one of the centers of English-speaking theater in the world.  The most well-known part of this industry in New York are Broadway theaters, which produce original and revival productions of musicals and other shows.  Broadway theaters are  also a significant economic generator for the city.  Often, the incubators for Broadway shows are the so-called “Off-Broadway” theaters that have more experimental productions or those by new and emerging writers or actors.  While there are many Off-Broadway theaters in the city, one of the most famous is the Cherry Lane Theater in Greenwich Village.

Founded in 1924, the Cherry Lane Theater is the longest-running Off Broadway theater in the city.  According to the theater’s history, the building was originally used as a box factory before being converted into its present form.  Noted poet Edna St. Vincent Millay was among the founders of the theater—along with the Provincetown Players.  Over the years, there have been many famous writers who have had plays performed such as Tennessee Williams, Eugene O’Neill, John dos Passos, Gertrude Stein, and T.S. Elliott, among others.  In terms of actors, Cary Grant, John Barrymore, James Earl Jones, and Gene Hackman have all performed in plays at the theater.  In 1996, Angelina Fiordellisi bought the theater and made numerous renovations to the performance areas in addition to starting a mentoring program for new playwrights.  There are two theaters in the complex: a 179 seat main stage and a 60 seat studio theater.

Today, the Cherry Lane Theater still hosts performances by new and emerging playwrights and actors.  This institution helps to carry on the artistic legacy of Greenwich Village and still continues to be a place for new actors and playwrights to gain exposure.  With the location of the theater in the heart of Greenwich Village, it is hard for the setting of the theater itself to be more ideal or idyllic.  You are able to see the Cherry Lane Theater on an “Around the Villages” tour offered by Sights by Sam.