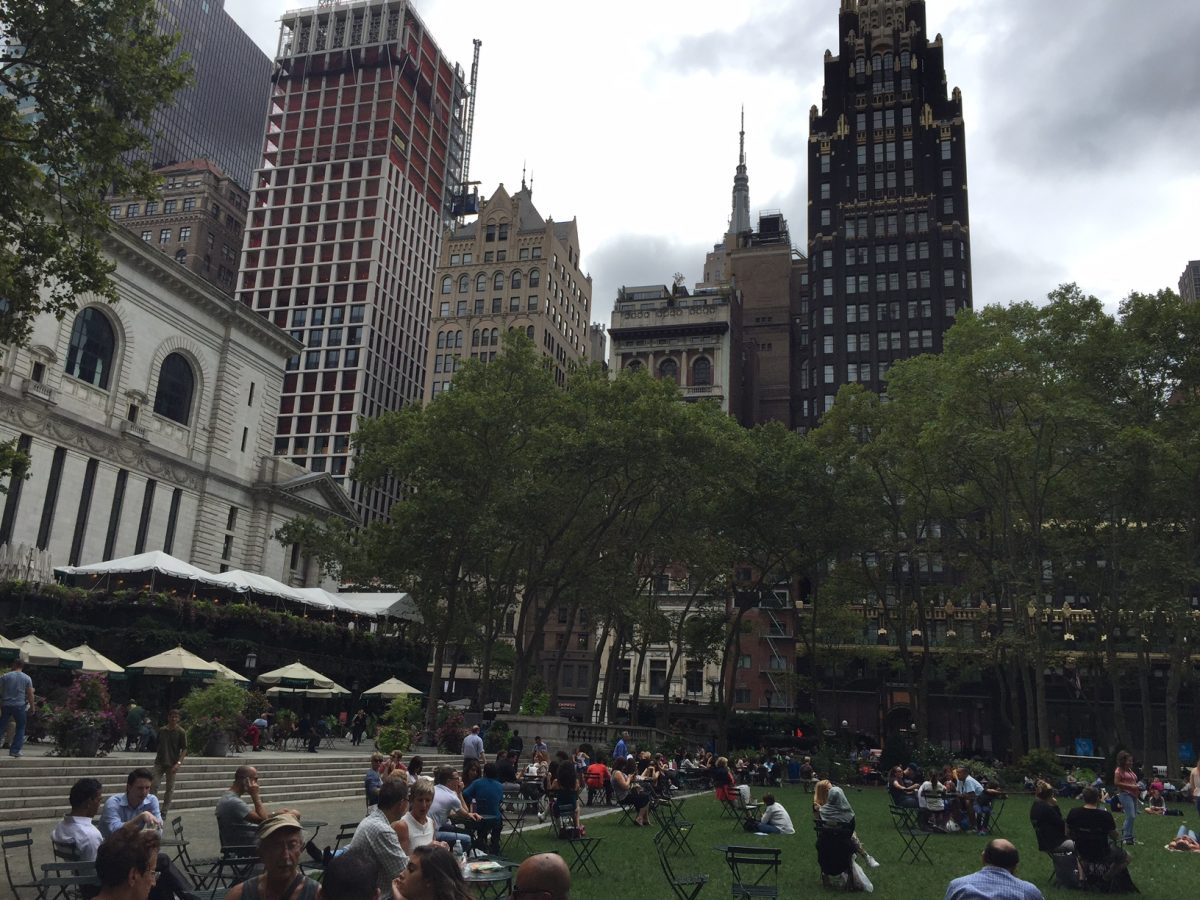 Tucked into Midtown between Fifth and Sixth Avenues, book-ended to the east by the NY Public Library is Bryant Park. This 9.6 acre park was built next to the former Croton Reservoir in 1847. In 1853, an industrial exposition was held at the site, where an observation tower was built and the first safety elevator was demonstrated. The area returned to use as a park after the exposition. It would eventually be named after Willian Cullen Bryant, longtime editor of the New York Post and ardent abolitionist. After a period of neglect between World War II and the 1980s, the park was restored and is now popular once again.

Bryant Park is also famous for the surrounding buildings. The most famous is the New York Public Library’s main location at the corner of Fifth Avenue and 42nd Street. Other famous buildings include the American Standard Building, which is now the site of a hotel. This building is clad in black and gold, supposedly looking like a radiator at night. The Bank of America Tower/One Bryant Park towers 1200’ over the park from a caddy-corner location. This structure is one of the tallest and largest green buildings in the city. While not in the park, the Empire State Building is visible from almost half a mile away, its famous and familiar edifice towering over the park.

Today, Bryant Park is famous as a popular lunch spot among Midtown office workers and for its annual holiday market in winter. This is the type of information you will learn on a Sights by Sam tour.