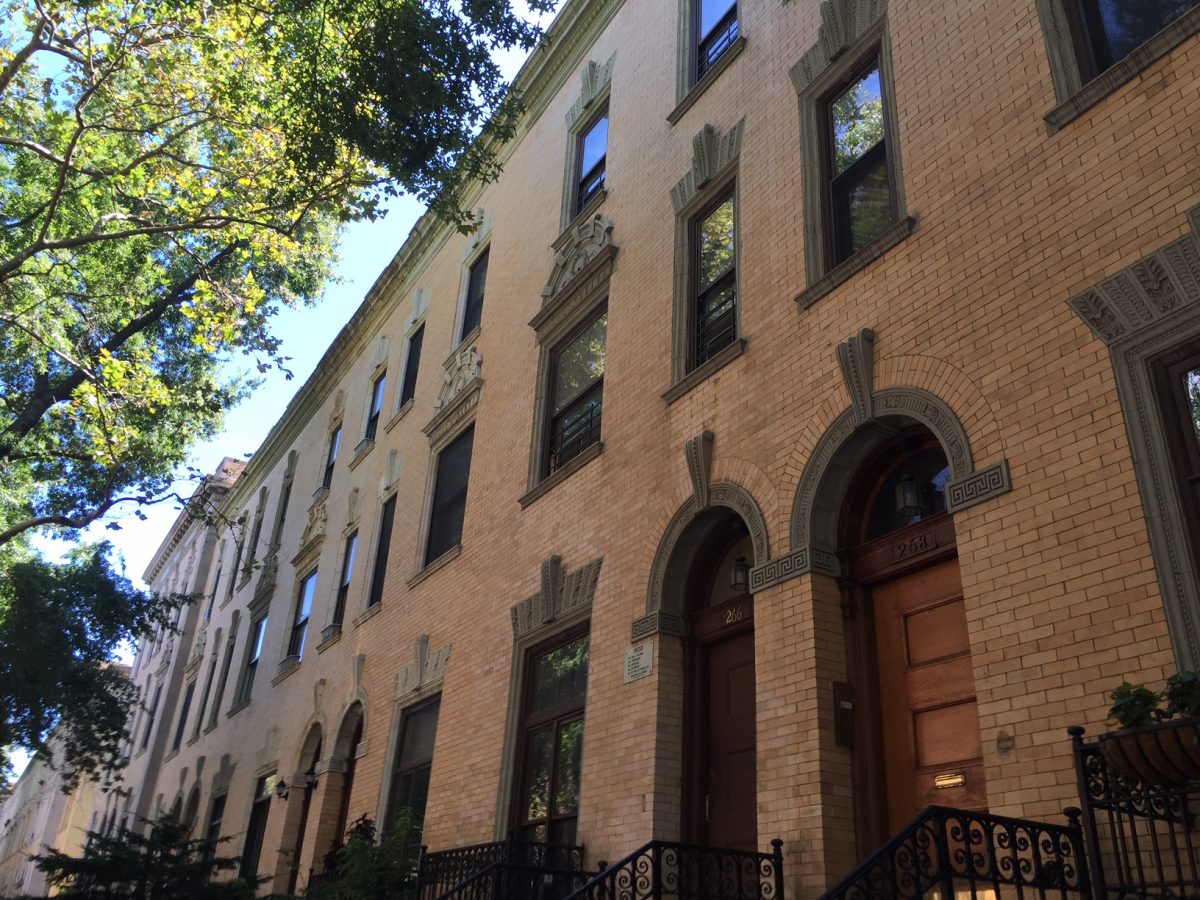 When most people think of housing in New York, they think of gleaming apartment buildings or walk-up tenements populating some of the historic neighborhoods of Manhattan. One of the most famous and most popular styles of dwelling in New York is the brownstone. Functioning as one-family residences or apartment buildings, the brownstone is an instantly recognizable landmark of the city.

Brownstone refers to a type of sandstone that has a dark red to brownish hue. Quarried in New England or the Mid-Atlantic states, this stone was very popular in the late 1800s and very early 1900s. It is most associated with row houses built in Upper Manhattan and Brooklyn during this time period. The name of the stone soon became known as a type of row house that was clad in said material. In addition to their color, brownstones are often also famous for containing rooms intended to be libraries (as this was the main form of entertainment before radio and television), tall doors, and also raised stoops that allowed residents the ability to step off of the grime and dirt of the city streets.

Although supplanted today by newer apartment buildings and detached housing in some areas of the city, brownstones are still seen as desirable—with some costing into the millions of dollars. They are highly sought after by many New Yorkers as a place to live. Brownstones are visible on the Sights by Sam tours of Brooklyn and of Harlem (our “Borough of Brooklyn” and “Upper Manhattan” tours, respectively). This is the type of information you will learn on a Sights by Sam tour of New York.