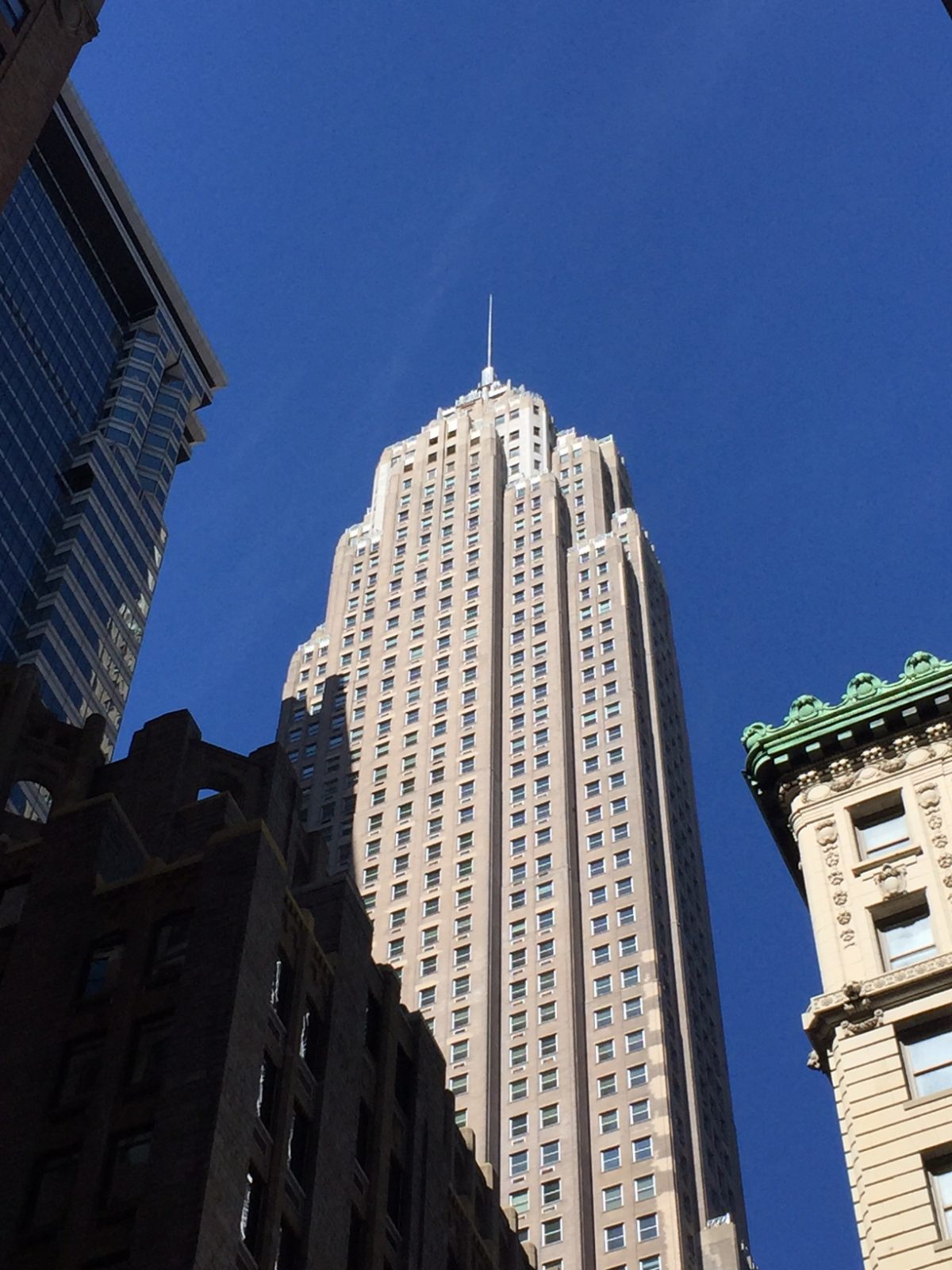 Rising to a height of 952 feet tall, 70 Pine was completed in 1932 for the Cities Services Company, an oil company that later merged with Citgo. It was designed by the firms of Clinton & Russell and Holton & George. Perhaps in using two architectural firms, the building gained its unique gothic-art deco hybrid style—said by some to resemble a mountain. It was the last major skyscraper built in Lower Manhattan from the Great Depression until the World Trade Center was constructed in the 1970s. After Cities Services moved their headquarters, the building was the headquarters of AIG until the financial crisis in the mid-2000s.

Today, the building is being converted to high end residences. A hotel is also located within the building. Seventy Pine can be seen on the “Foundation of New York” tour of Lower Manhattan conducted by Sights by Sam. Additionally, this is the type of information you will learn on a Sights by Sam tour of New York.