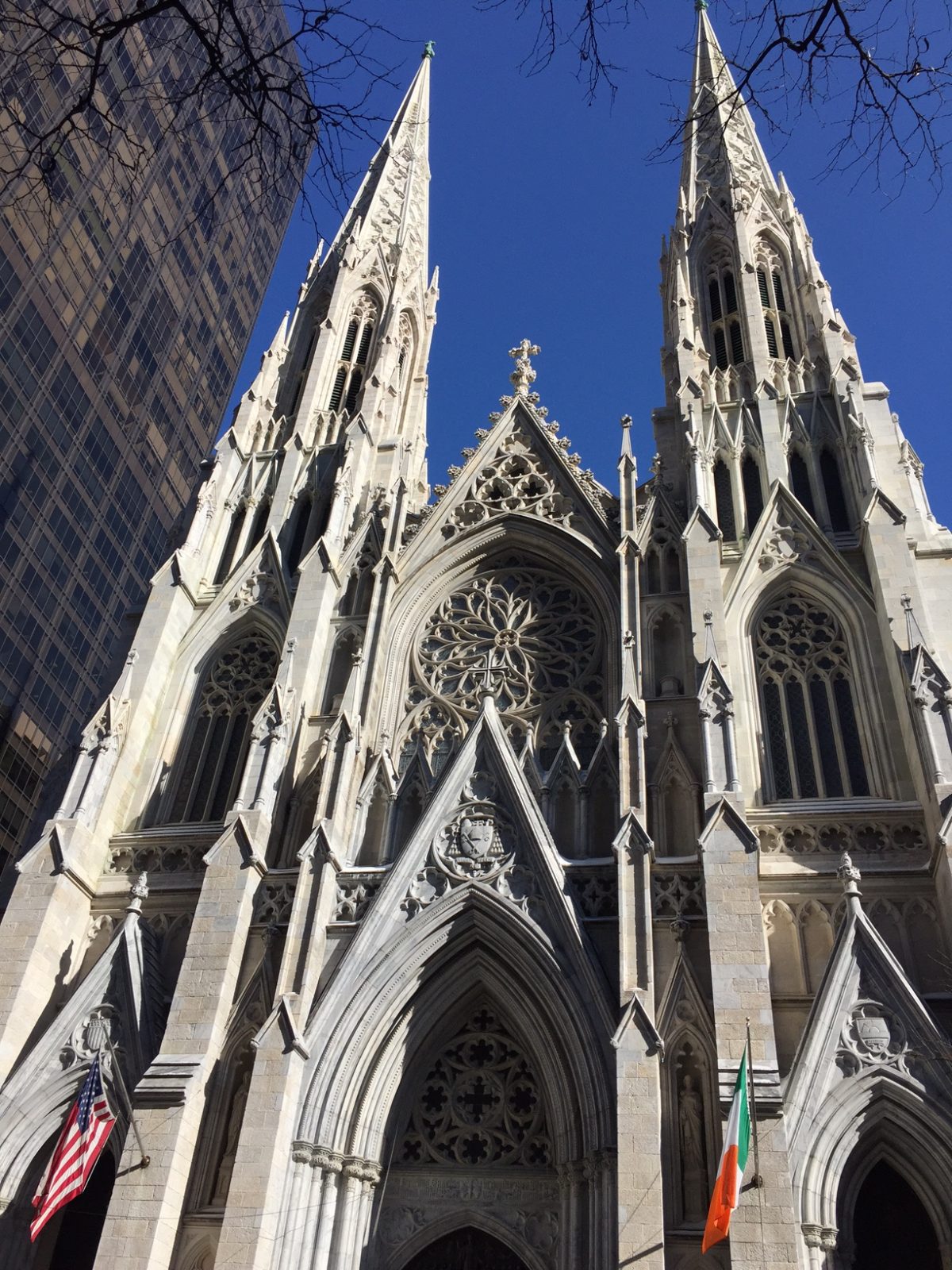 In Midtown opposite Rockefeller Center and near the flagship location of Saks Fifth Avenue sits Saint Patrick’s Cathedral, the main seat of Catholic worship in New York City. The immense cathedral is nearly 397 feet long and is almost 330 feet tall. Although dwarfed by nearby skyscrapers, the cathedral and its neo-gothic exterior and Tiffany-designed altars make it an easily-recognizable landmark.

Saint Patrick’s Cathedral began construction in 1858 on land that was once a retreat for members of the Jesuit Order in New York. James Renwick, Jr., was the lead architect, who designed the cathedral in a net-gothic style. Although the Cathedral was dedicated in 1879, it was dedicated again in 1910 and renovated several times in the 1900s and 2000s. The cathedral in Midtown replaces the older Saint Patrick’s Cathedral (now known as “Old Saint Patrick’s”) in SoHo (the subject of another Sights by Sam blog article). The cathedral is the seat of the Diocese of New York, which covers Manhattan, the Bronx, and Staten Island.

Among some of the superlatives of the cathedral are that it can seat 3,000 worshippers and has a pipe organ containing 7,855 pipes. Many famous funerary masses have taken place in the cathedral. Aside from cardinals and important clergy, Babe Ruth, Roger Maris, Ed Sullivan, and Robert F. Kennedy all had funeral masses at this august house of worship. This is the type of information you will learn on a Sights by Sam tour.