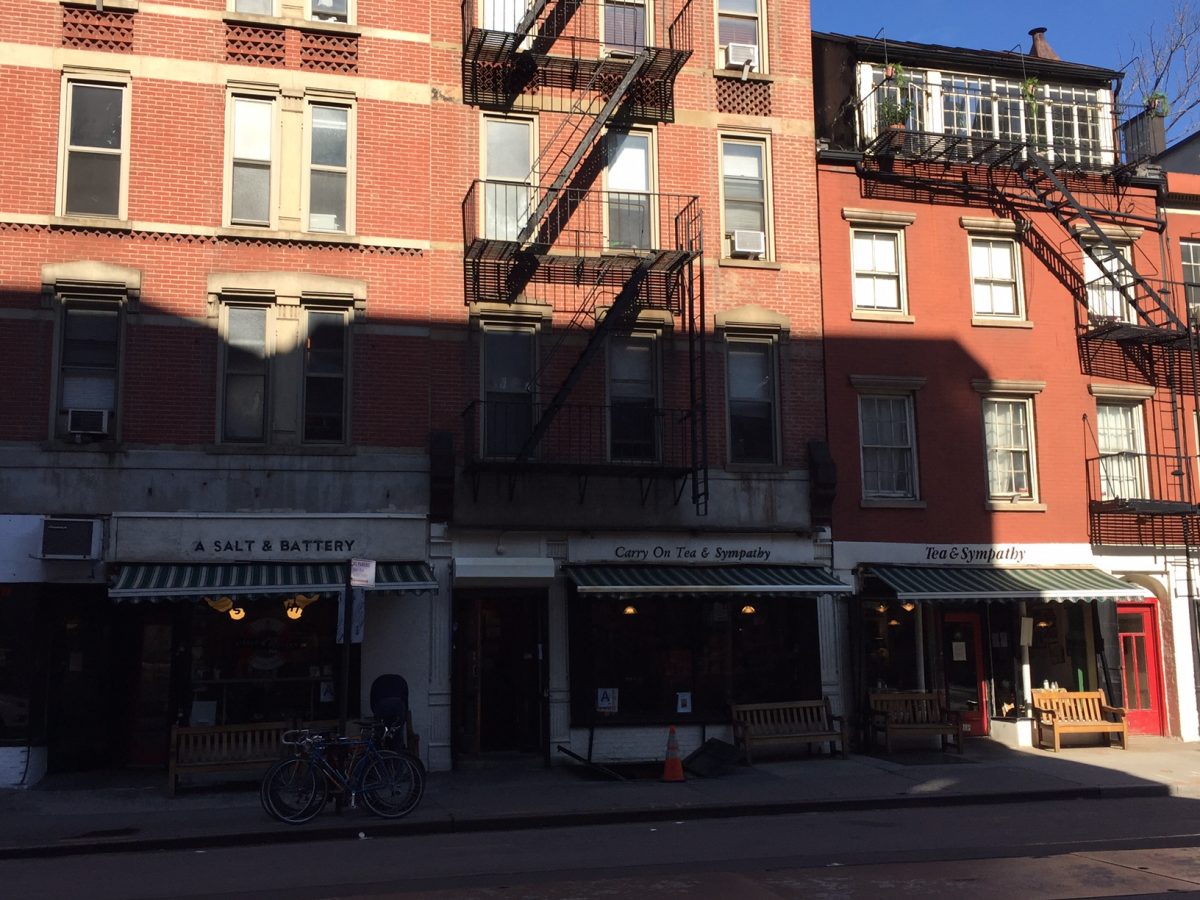 New York is home to many ethnic enclaves such as Chinatown and Little Italy. While these two are arguably the most famous, there are many others such as Brighton Beach in Brooklyn (Russian), Woodlawn in the Bronx (Irish), and Koreatown in Manhattan. There are many smaller enclaves such as Rego Park (Uzbeks) and Petit Senegal (West Africans) peppered throughout the city. One of the smallest is the so-called “Little Britain” in Greenwich Village.

In an area on Greenwich Avenue between Sixth and Eighth Avenue lies the Little Britain district. This section includes several tea shops, restaurants and grocery stores on Greenwich Avenue and the surrounding streets. The area and its businesses have attracted many British expats. Some even say that the odd street grid in Greenwich Village and the local architecture remind people of London or other towns in the U.K.

In the first decade of the 2000s, several of the British businesses petitioned New York City to designate Greenwich Avenue between 12th and 13th Streets as Little Britain. The motion failed to gain traction in the city (it was rejected by the local community board), but businesses and residents in the area are looking to have the district formally designated. This is the type of information you will learn on a Sights by Sam tour.