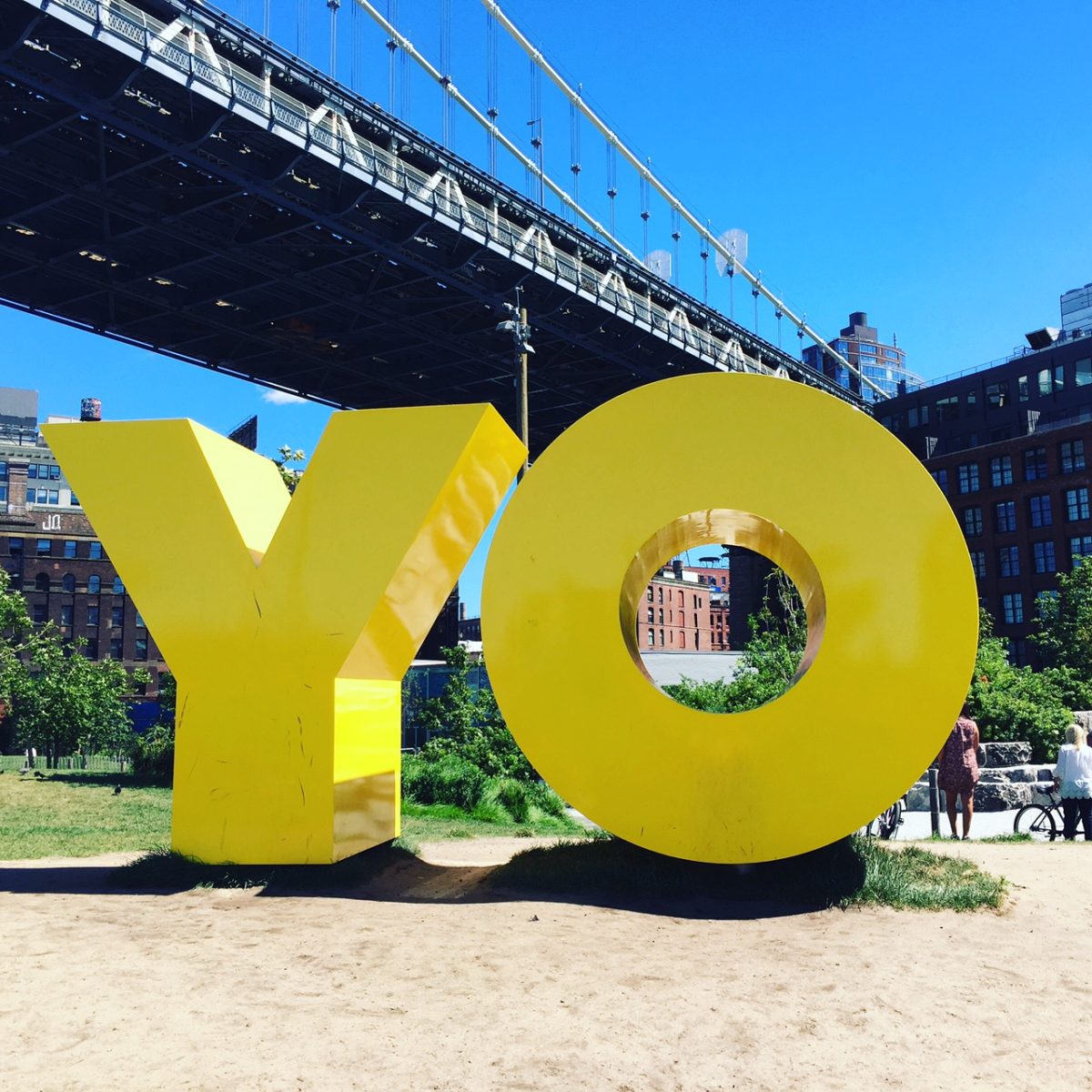 As mentioned in an earlier blog entry, the Brooklyn Bridge is one of the sights that many visitors to New York have on their list. The bridge, with its famous architecture, incredible history, and beautiful vistas make it one of the best photo opportunities anywhere in town. On the Brooklyn side of the bridge is an incredible park, Brooklyn Bridge Park, which I think is worth seeing during your visit.

For centuries, the area where Brooklyn Bridge Park now is was industrial waterfront—the Port of Brooklyn, piers, and ferry terminals dotted the landscape. With the construction of East River bridges and the gradual move of harbor traffic to the Hudson River in the early 20th Century, the Brooklyn waterfront went into decline. The Port Authority of New York and New Jersey ended cargo operations on the East River frontage of the Brooklyn waterfront in 1984. Over the next three decades, nonprofit groups and concerned citizens worked to turn the abandoned port facilities into a new park. Brooklyn Bridge Park opened for the public in 2010, and also incorporated the former Empire-Fulton State Park site into its footprint.

Today, the park has numerous facilities for recreation, retail, and even an antique carousel that was brought to the city from Youngstown, OH. In addition to providing fantastic views of the structure giving the park its name, Brooklyn Bridge Park is also an incredible spot to watch a sunset and see the skyscrapers of Manhattan turn on their lights at night. This area can be seen on a special request tour booked through Sights by Sam.