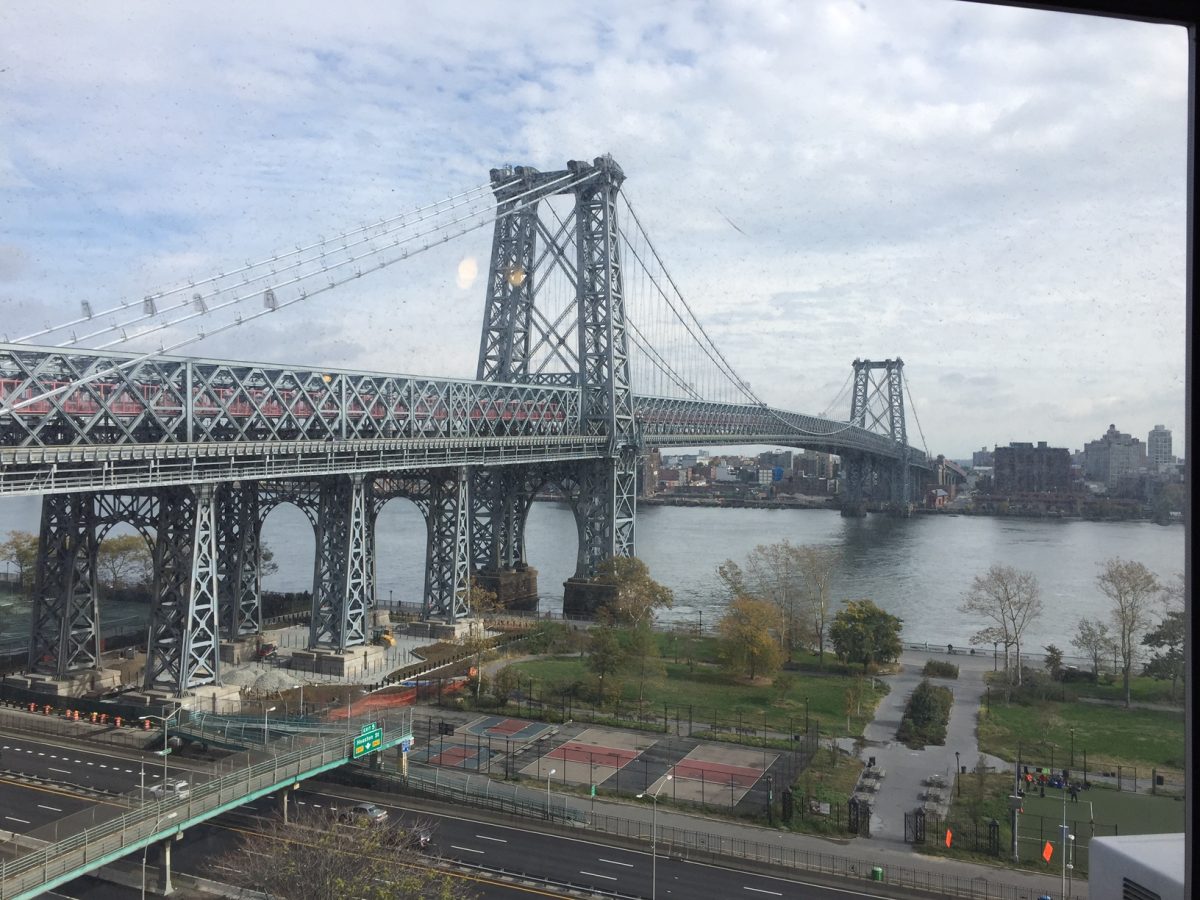 One of the three “BMW” bridges, the Williamsburg Bridge connects Delancey Street in Manhattan with Grand Street in Williamsburg. The bridge over the east river forms a sort of anchor between two historically important and up-and-coming neighborhoods in the city.

The Williamsburg Bridge was completed in 1903. It was designed by Henry Hombostel and constructed by Leffert Buck. At over 7300 feet long, the bridge was at one point the longest suspension bridge in the world. The bridge has eight lanes of roadways and two subway tracks. It initially had two trolley tracks on it that formed an important commuter link between Brooklyn and Manhattan. A direct result of the bridge’s construction was the rapid expansion of Williamsburg, Brooklyn, as thousands of people left the crowded Lower East Side and journeyed to new homes across the East River.

Throughout its history, the bridge has seen its fortunes ebb and flow with the surrounding neighborhoods. In the years after World War II, rising crime and depopulation of neighborhoods on both ends of the Williamsburg bridge occurred. The bridge also bore the scars of this era with increasing wear and tear in addition to becoming vandalized. After decades of deferred and substandard maintenance, the bridge was closed in the 1980s to make structural repairs and renovated from the 1990s to the 2000s. As the bridge was being rebuilt, the areas it connected became popular destinations for shopping and nightlife. Today, the bridge forms an important link between these two neighborhoods. This is one of the things you will learn on a Sights by Sam tour.