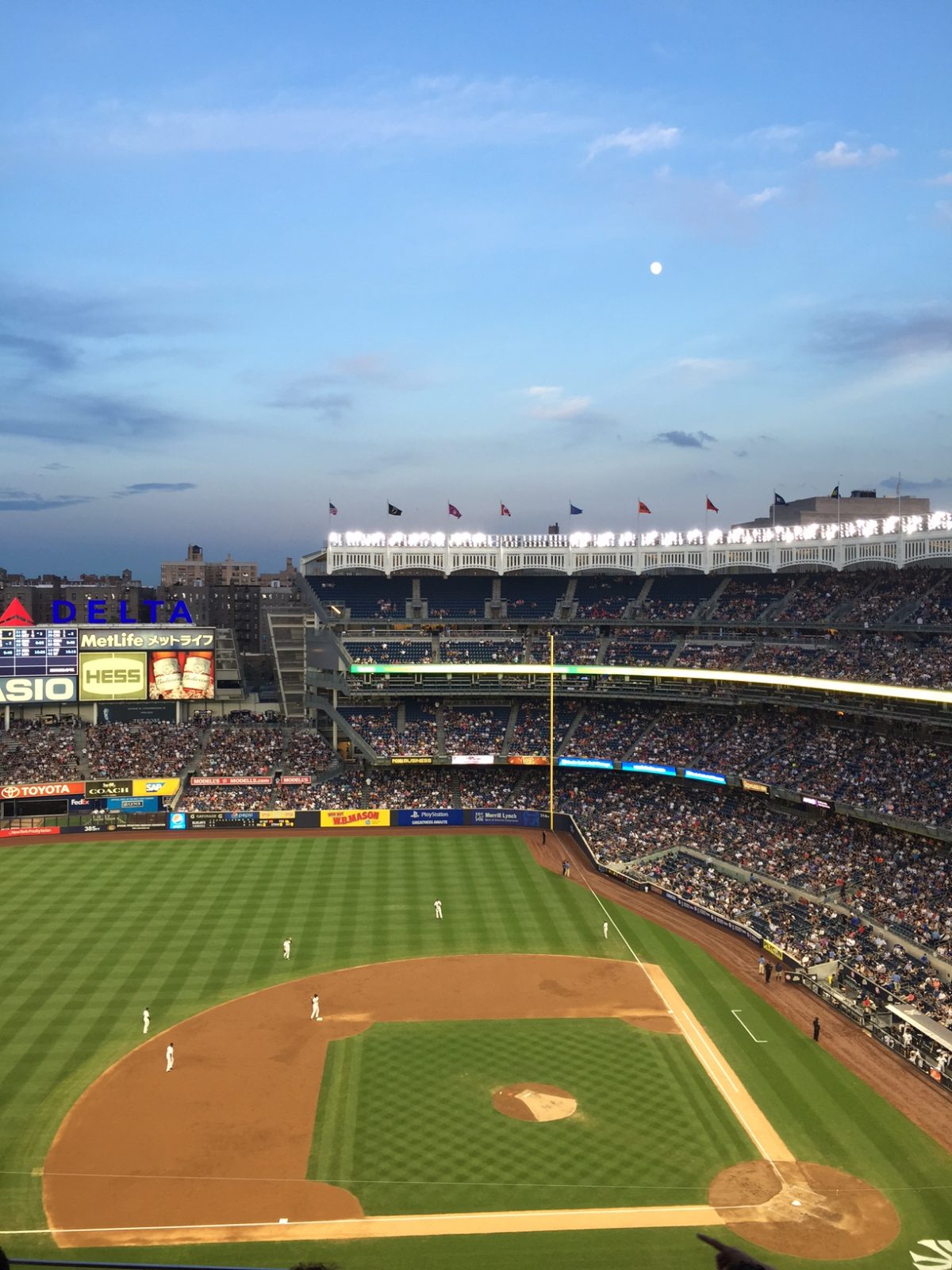 The New York Yankees, one of the original franchises of the American League, have played in Yankee Stadium since 1923. Since moving into the “House that Ruth Built,” that year, they have won nearly three dozen World Series while at this temple of baseball. Over the years, the original Yankee Stadium was remodeled and renovated. In 2009, the Yankees moved into a new Yankee Stadium.

The new stadium replicated the original 1923 design, along with replicas of the copper arches that grace the top of the stadium near the floodlights. The ultimate shrine to the Yankees, Monument Park, was also relocated to the new grounds as well. Even Red Sox fans will appreciate the monuments to 37 Yankees of yore. There are also many food choices and amenities at the park. On the field, the Yankees have succeeded in living up to their history, winning the World Series at the park in 2009—its inaugural season. In 2015, Major League Soccer team N.Y.C.F.C. began play at Yankee Stadium.

Building the stadium was not without controversy as it cost $1B to complete—making it one the most expensive stadium projects in history. The stadium was also built across from the old Yankee Stadium—on land that was formerly a public park, causing considerable controversy in the Bronx.

Around the stadium are several other notable things to see in the area are the Bronx County Courthouse (an art deco gem) and the stately Grand Concourse. This is the type of information you will learn on a Sights by Sam tour.