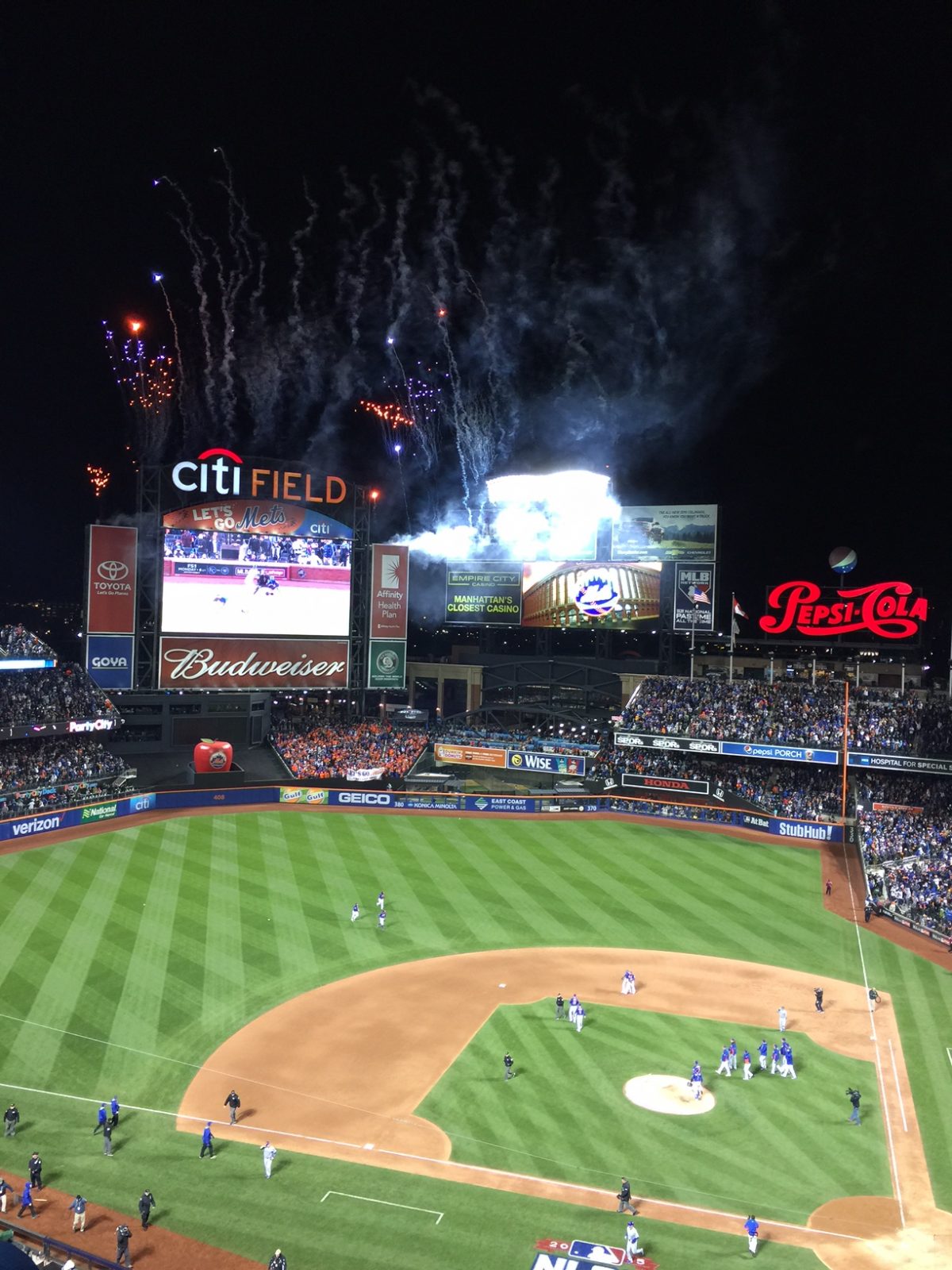 In the aftermath of the Brooklyn Dodgers and the New York Giants leaving New York for sunny California in the 1950s, New York sought to regain a team in both leagues. After an abortive attempt to gain a team through forming a new major league, the National League awarded New York with a new franchise, the Mets, in 1962. The Mets began play at the new Citi Field in 2009, after they had played in Shea Stadium for decades.

After moving into the new park in 2009, some Mets fans did not like the new park as its design harkened back to the old Ebbets Field, the home park of the departed Brooklyn Dodgers—instead of the team that would call the new stadium home. There was also controversy as the park’s naming rights had been sold to a bank during some of the worst years of the recent financial crisis. Although Citi Field holds less people than Shea Stadium (and never hosted the Beatles), it does have larger seats, more restrooms per guest, and restaurant options from famous eateries all over New York in addition to ballpark hotdogs and peanuts. In terms of on the field action, the Mets have been improving in recent years, including appearing in the 2015 World Series. The fans of the Mets remain some of the most knowledgeable and loyal in Major League baseball and are friendly to fans of visiting teams.

In addition to Mets games, the stadium also hosts concerts and rallies throughout the year. Aside from events at the stadium, Flushing Meadows-Corona Park, the Unisphere, and the Queens Museum are also nearby. This is the type of information you will learn on a Sights by Sam tour.