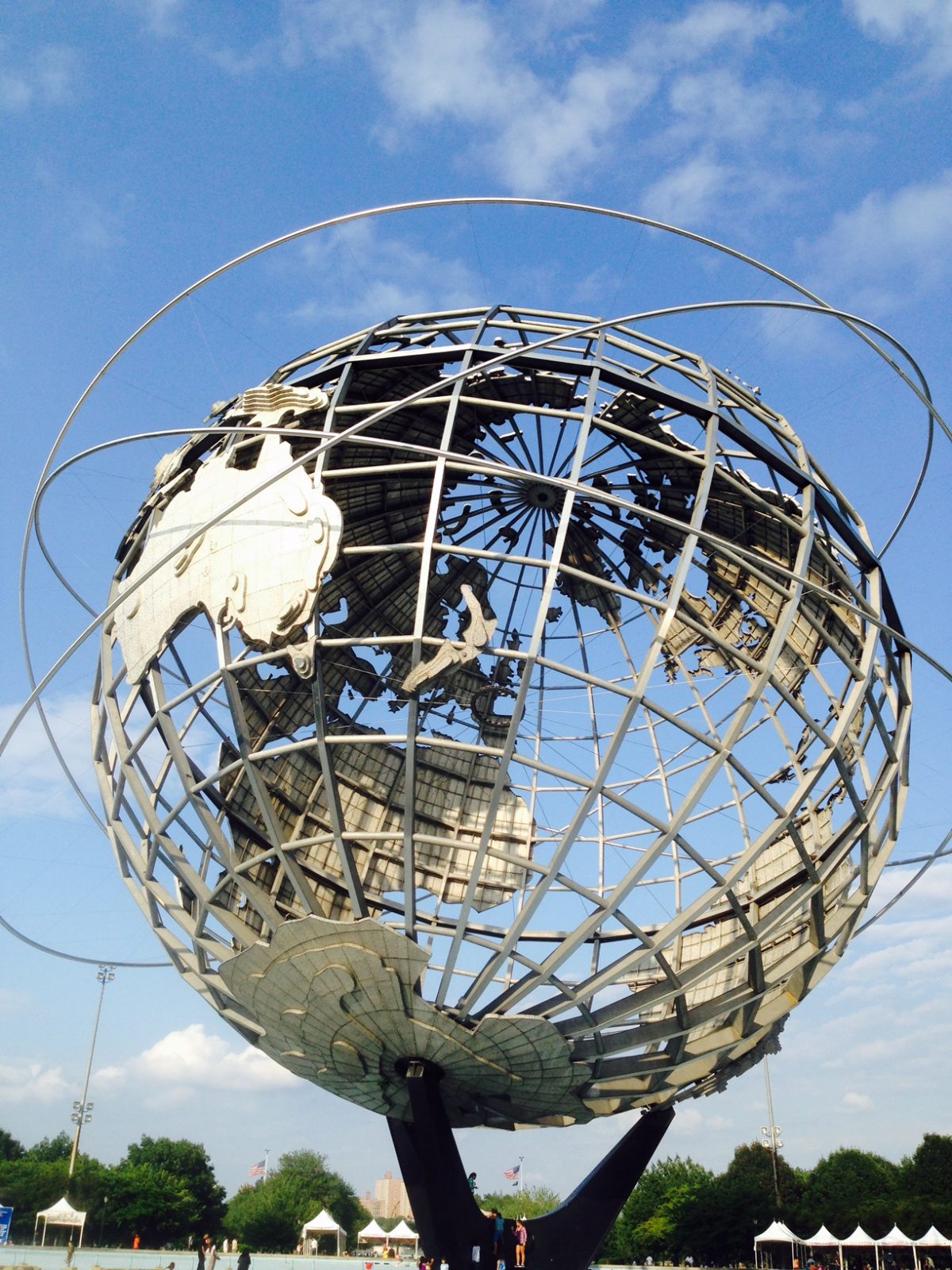 The Census Bureau has reported that Queens County is the most linguistically and ethnically diverse county in the U.S., with over 130 languages spoken and nearly half of the population born outside of the U.S. or born to parents from abroad.  Queens has replaced the Lower East Side of Manhattan as the place where America begins for many recent arrivals to New York.

A fitting symbol of the sway that Queens has on the world (or vice versa depending on your perspective), is the Unisphere in Flushing Meadows-Corona Park.  Located slightly over half a mile away from the Mets-Willets Point Station on the 7 Line, the stainless steel globe, clocking in at 350 tons, 140 feet high, and 120 feet wide, was part of a display by U.S. Steel for the 1964 World’s Fair.  During the fair, the Unisphere had lit areas showing the world’s capital cities at night (this feature has been since discontinued).  The three orbits show the paths of the three satellites in Earth’s orbit that existed during the fair.  The Unisphere sits in front of the Queens Museum and on the former site of the Perisphere and Trylon, the main structures of the 1939 World’s Fair, held at the same location.

After decades of neglect, the Unisphere was restored and declared a city landmark in 1995.  The fountain lining the giant globe was also restored in the early 2010s as well.  According to a 2011 New York Times article, the island nation of Sri Lanka was blown off the massive globe during a freak tornado.  The NYC Parks Department immediately restored the island to its proper place off the coast of India.  The repair was appreciated immensely by New Yorkers hailing from the island nation.

Aside from the Unisphere, Flushing Meadows-Corona Park is one of the largest parks in the city and contains other attractions.  The New York Hall of Science, the New York State Pavilion (currently being restored), and the Queens Museum all reside in this park that was once the infamous “ash heap” F. Scott Fitzgerald wrote about in The Great Gatsby.  The Mets’ home at Citi Field and the U.S.T.A. Billie Jean King Tennis Center are nearby at the fringe of the park.  After appreciating the Unisphere and the other attractions, the 7 Line is nearby to whisk you away to Flushing Chinatown for some great dumplings or the multitude of other ethnic foods that can be found along the so-called “International Express.”  See Queens in a new light by booking a custom tour with Sights by Sam.