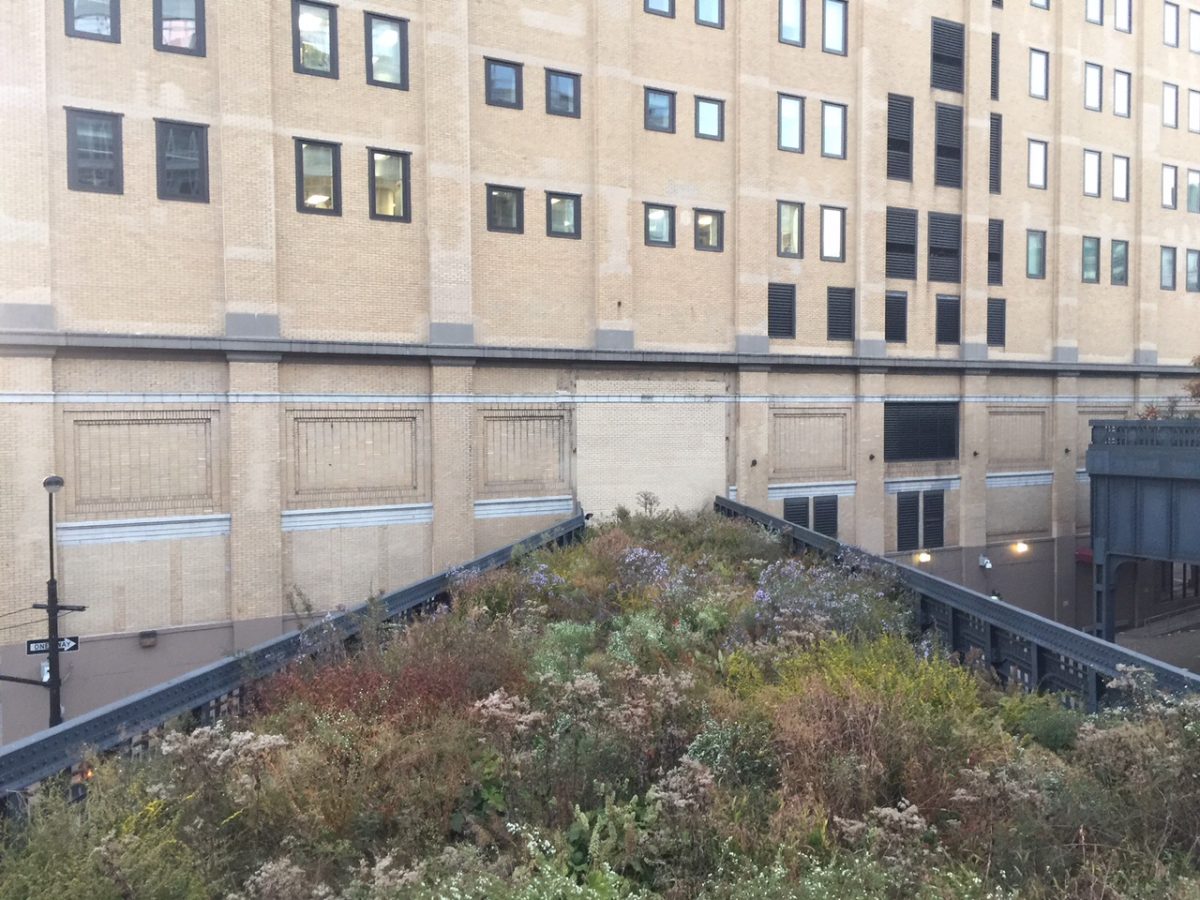 Since 2009, the High Line in the Meatpacking District of Manhattan has delighted visitors and natives alike, helped to revitalize a formerly derelict area of the borough, and become one of the most innovative parks in the city. This linear park has a colorful history.

Before the arrival of the High Line, the Meatpacking District was similar to the Chicago Stockyards or the “Porkopolis” nickname of Cincinnati in that it was a major center of butchering and food processing. Major rail lines ran trains down tracks on 10th Avenue, leading to many people getting crushed by the trains (despite the presence of “Chelsea Cowboys” warning people of the trains). By the 1930s, the city decided that the tracks needed to be removed, leading to the construction of the High Line, which originally went from Spring Street to 34th Street. The track, which was so successful, caused major food processors such as Nabisco to build buildings around the tracks so they could offload freight. With the advent of more reliable trucking after World War II, the High Line declined in importance until the last train ran in 1980. While some sections were demolished, the present section was deemed too expensive for the city to remove. In the late 1990s and early 2000s, neighborhood activists successfully fought and won to have the viaduct converted into a linear park—similar to one in Paris, France. The park opened in stages in 2009, 2011, 2014, and 2015.

Open every day, the park has caused rapid development in the area with the opening of many new hotels and a spike in neighboring property values. The park has proven so successful that other cities such as Chicago and Philadelphia are eyeing similar proposals to build a High Line-style park. In 2017, Sights by Sam hopes to add a tour that includes the High Line and the Meatpacking District. This area is a must-do for any visitor to the city to see along with the Whitney Museum or while going to nearby shops.