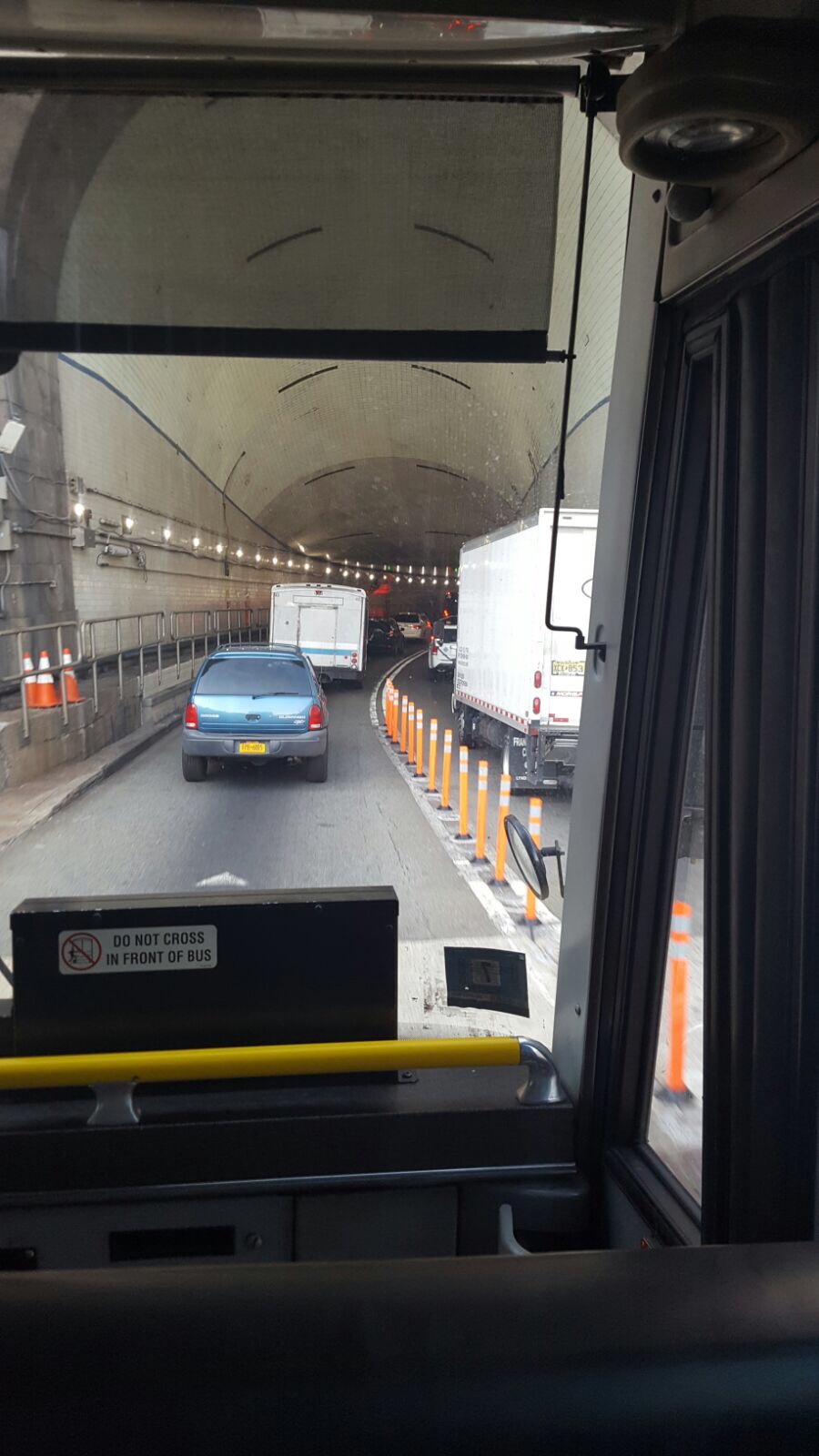 Linking Midtown Manhattan with Weehawken,NJ, the Lincoln Tunnel transports over 120,000 vehicles in one of the most important transportation links in the region and the country. Constructed between 1937 and 1957, the tunnel is actually made up of three separate tubes—all over 7,000 feet long. It gained its presidential name to put in on par with the then-recently completed George Washington Bridge up the Hudson River.

A major commission of the Port Authority of New York and New Jersey, the governing body used their in-house engineer, Ole Singstad, as the chief of construction. When the initial tube opened, it was seen as a way to alleviate pressure on the Holland Tunnel and the George Washington Bridge. Due to high demand for the tunnel, two other tubes were completed by 1957. The tunnel was at one point going to form the western end of a planned expressway through Manhattan linking the Lincoln Tunnel with the Queens-Midtown Tunnel. While some renderings of this planned expressway had it going through the Empire State Building, the project was cancelled in the early 1970s.

Starting in the 1970s, the toll for using the tunnel began to be collected heading into New York City only. The tunnel is also famous for helping to transport commuter and intercity buses into the city and to Port Authority Bus Terminal with an exclusive bus lane (XBL) into the tunnel—bringing over 60,000 people into the city every weekday. This is they type of information you will learn on a Sights by Sam tour.