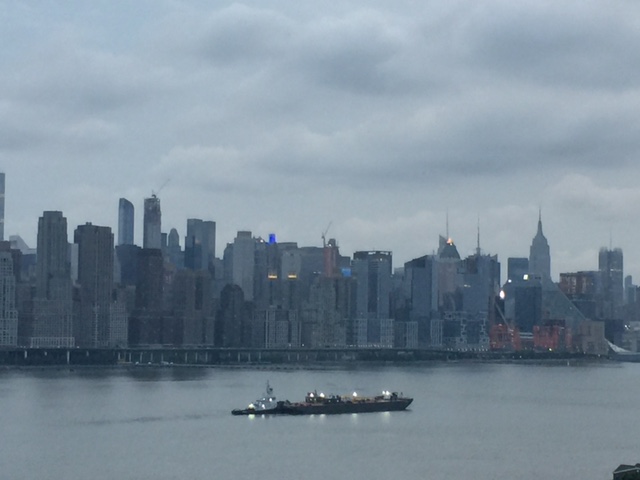 Meandering from New York to the Adirondack Mountains for 315 miles, the Hudson River has formed a pivotal role in the history of New York City and New York State. The river is prominently featured on the state flag and seal and named after the first European to travel it—Henry Hudson. The river has formed an important link to the city and other communities in the state and led New York City to become the largest and richest city in the country.

The Hudson was important to the first humans in the region—the Native Americans living in New York used it for transportation in addition to hunting the wildlife around the river and harvesting fish from within. In 1609, Henry Hudson sailed up the river to where Troy, New York, just north of Albany, is today. The river became important to trade as it linked New Amsterdam (New York City) and Fort Orange (Albany) together and would remain important through the Colonial and Antebellum Eras. During the Revolutionary War, the Hudson would form a strategic choke point to cut off the British from splitting New England off from the rest of the American colonies (the Americans used a large chain strung across the river to stop the Royal Navy from conquering the area). This choke point is now the location of the United States Military Academy in West Point, NY. Before the dominance of railroads in the later 1800s, several canals were built by the federal and state governments to enhance transportation, making New York City a major port for inland goods in addition to goods from abroad.

Industry would spring up along the river after the Civil War. This would lead to many large factories positioned on the river. Companies such as IBM and General Electric would build facilities on the Hudson and ended up polluting the river. The unclean waters led to the death of many fish that made up the local ecosystem. Since the 1980s, there have been many remediation efforts to restore marine life to the river. With the change in manufacturing and transportation, the volume of shipping on the Hudson has also decreased significantly—as evident by only passenger cruise ships, pleasure craft, and barge traffic on the once busy Manhattan waterfront. This is the type of information you will learn on a Sights by Sam tour.