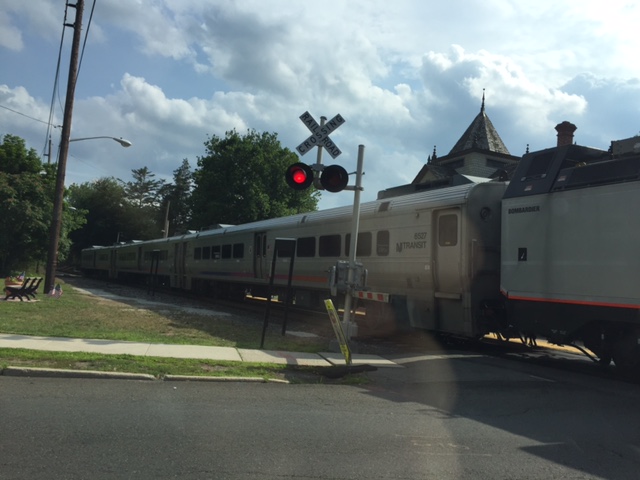 New York is a major magnet for people coming in to work and visit. As I have mentioned before, Manhattan has a daytime population of over 4 million people. While the Metropolitan Transportation Authority’s bus and subway services carry millions of people around the city, thousands come into the city by train from New York, New Jersey, and Connecticut every day. Although some consider the Port Authority’s PATH trains to be commuter rail (this system is covered in another Sights by Sam blog article), this post will cover the three main commuter rail systems converging on New York City: the Long Island Railroad, Metro North Railroad, and New Jersey Transit railroads.

Carrying over 350,000 people into the city every week on 12 routes, the Long Island Railroad was founded in 1834 and is one of the oldest railroads in the U.S. (it is believed to be the oldest railroad retaining its original name). The railroad helped to develop Long Island and led to the increased settlement of Nassau and Suffolk Counties. While the Long Island Railroad was once an affiliate of the Pennsylvania Railroad, it is now an arm of the Metropolitan Transportation Authority. The railroad terminates at Penn Station in Midtown Manhattan in addition to major terminals in Brooklyn and Jamaica, Queens. In the next decade, the Long Island Railroad will begin to serve Grand Central Terminal as part of the massive “East Side Access” tunneling project.

Bringing commuters from Upstate New York, New Jersey, and Connecticut, the Metro North System carries over 300,000 people into the city daily via three lines fanning out from Grand Central Terminal in Midtown Manhattan and two additional lines that go into Upstate New York (going through New Jersey and terminating at the Hoboken Terminal in nearby Hoboken, NJ). Metro North service has been improved in recent years with new rolling stock. Before being taken over by the MTA, Metro North services were operated by the New York Central Railroad and other services. This commuter system is known for its ornate terminals at Grand Central and Hoboken Terminal.

The third major commuter railroad serving New York comes from New Jersey. The New Jersey Transit system, carries 240,000 people into New York daily on ten of its 11 lines (one rail line goes from Philadelphia, PA, to Atlantic City, NJ). Commuters arrive from all corners of New Jersey through Penn Station. Other services arrive at Hoboken Terminal or terminate at the massive Secaucus Junction. New Jersey Transit, headquartered in Newark, NJ, was formed in 1979 and unified rail services previously run by other operators and the bus services of the Public Service Enterprise Group (a major electric company in the Garden State).

These three systems help to bring thousands into the city daily. Due to the high price of land and housing in New York, these commuter rail systems allow people to work in Manhattan (or in the outer boroughs) while living further afield. While these railroads help people come into the city and take thousands of cars off of the street, they are under increasing strain from high use and aging infrastructure. This is the type of information you will learn on a Sights by Sam Walking Tour, with major rail stations of the city being shown on tours of Manhattan and Brooklyn.