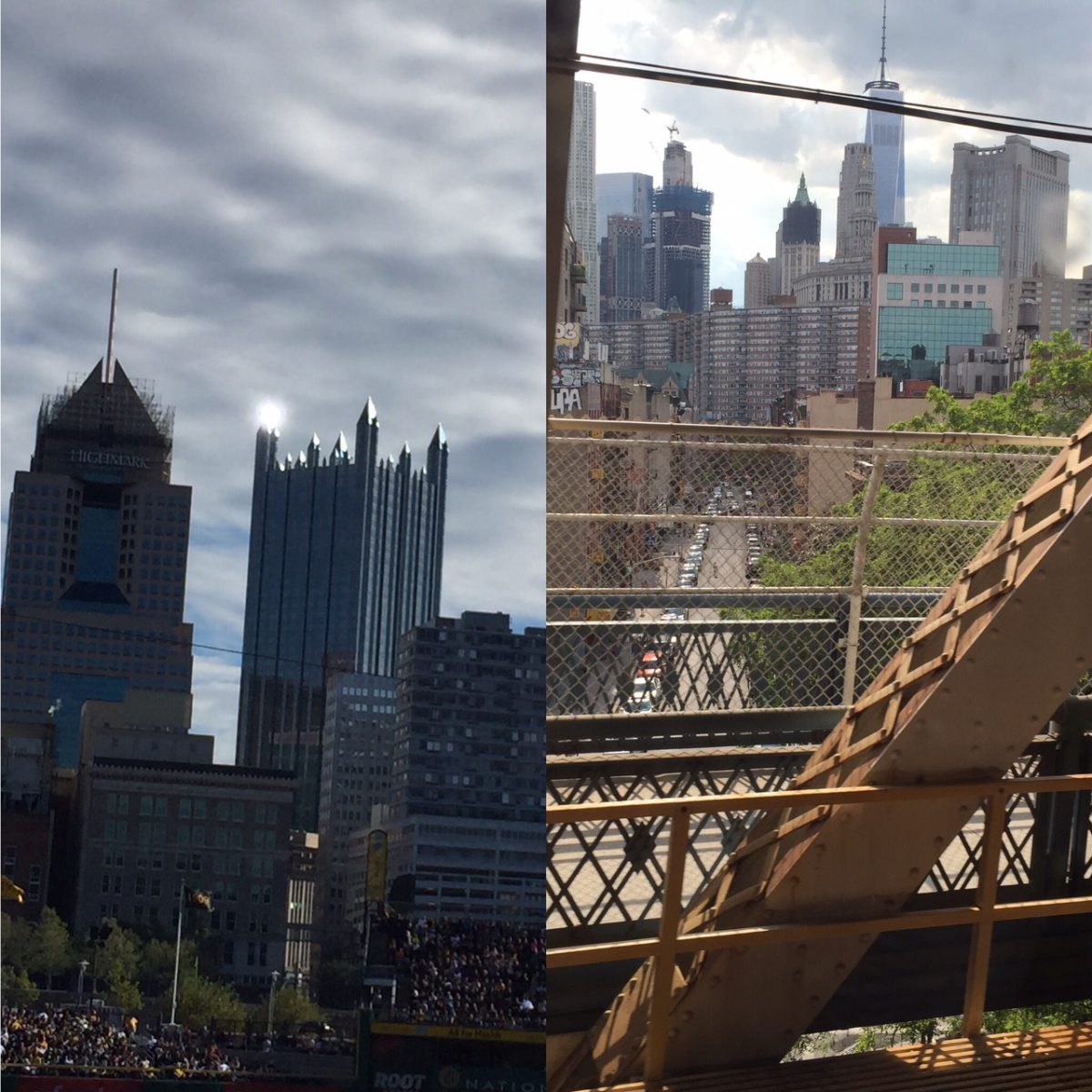 Between 1735 and 1768, the First Earl of Chatham, William Pitt the Elder, was a prominent member of the British Parliament. He was known in his later years for arguing for leniency on behalf of the British American colonists after the French and Indian War. For his legacy, New Yorkers named Chatham Square, now in Chinatown, after him. Pennsylvanians named their second largest city, Pittsburgh, after him. The Steel City, located about six hours away from New York, has many interesting links to the Empire City.

Pittsburgh was founded at the confluence of the Ohio River, where the Allegheny and the Monongahela Rivers come together at Confluence Point. This is where Fort Pitt was established. Like the Dutch building Fort Amsterdam at the end of Manhattan, this placement gave the founders of each city command of the river and allowed for settlers to be safe from predation. Over time, Pittsburgh would become the center of steel manufacturing in the country—with a great deal of this ending up in skyscrapers in New York. The center of Pittsburgh, near the confluence, would soon be built up with skyscrapers and suspension bridges, resembling Manhattan. While Pittsburgh has suffered due to deindustrialization, it is on the upswing and becoming a great destination.

As a major manufacturing center, Pittsburgh would have great contact with New York over the years. Some of the great figures in Pittsburgh history such as Henry Frick and Andrew Carnegie would endow leading New York cultural institutions (the Frick Museum and Carnegie Hall). In terms of buildings, Pittsburgh does have many skyscrapers in its downtown, giving it a “Mini Manhattan” appearance. While this comparison may seem superficial at first, the architectural firm that built the U.S. Steel Tower in Pittsburgh, Harrison and Abramovitz, also designed significant sections of the United Nations complex and the Lincoln Center. Both cities also have great pride in their universities and hospitals. Both cities are also unique with having their own regional dialect of English.

If you are from the Pittsburgh region and want to see sights in New York that have a significant connection to Pittsburgh, please consider booking a special tour with Sights by Sam.