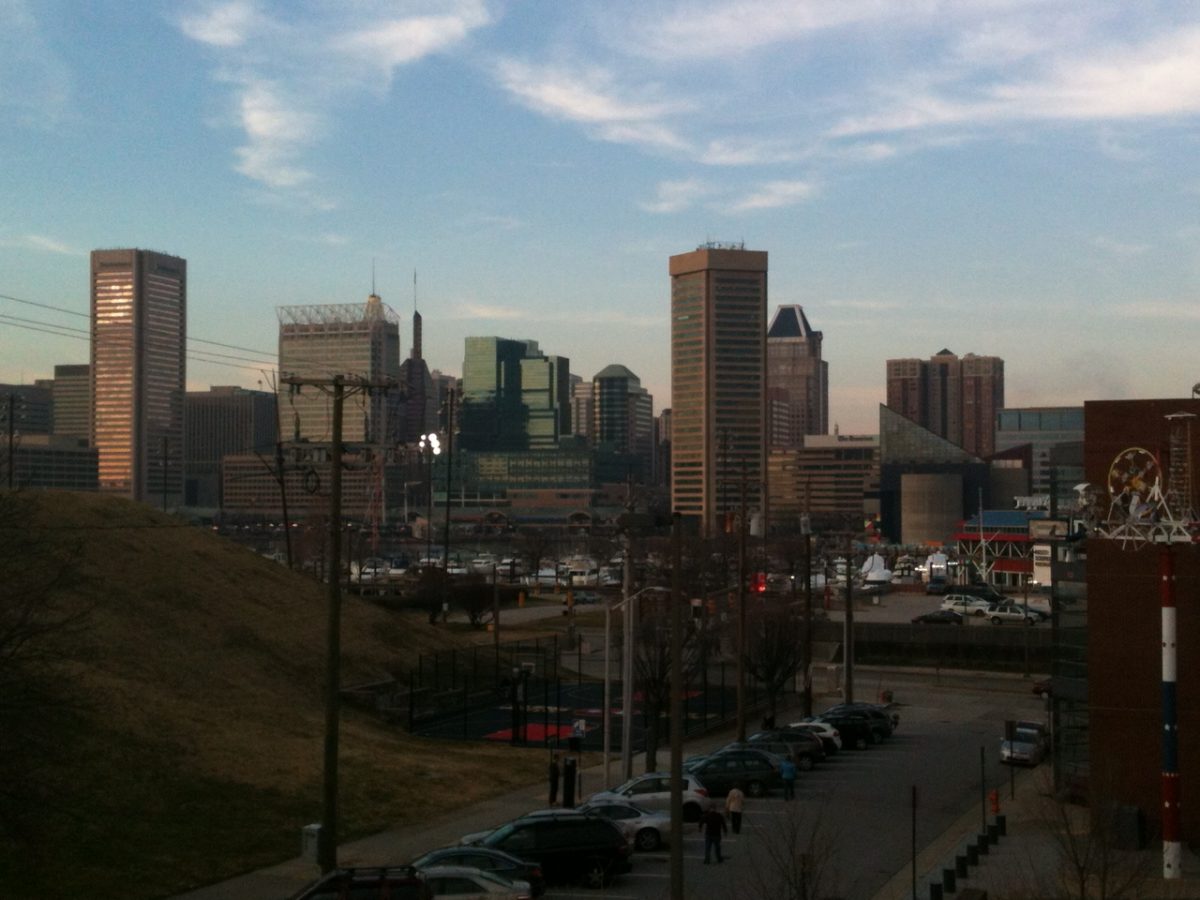 Less than 200 miles from New York lies the industrial city of Baltimore, Maryland. Founded in 1729, there are similarities between the Empire City and the Charm City.

Like New York, Baltimore owes its growth to its port. The Port of Baltimore is the 16th largest port in the U.S. (the Port of New York-New Jersey is 3rd). While it is still very much a working port area, Baltimore (like Brooklyn) has reclaimed much of its waterfront for recreational use, such as in the Inner Harbor and the Camden Yards stadium complex. When the Inner Harbor was a functioning port, it was one of the major ports in the country that received immigrants to this country between the late 1800s and early 1900s, rivaling Ellis Island as the point of entry for many arrivals. Immigrants would arrive in the city and be processed before settling in the region or taking the Baltimore and Ohio Railroad west or the Pennsylvania Railroad north or south. As an aside on this, several streetcars preserved at the Baltimore Streetcar Museum have colored glass panes running along the top of the cars, which attempted to help immigrants who could not speak English find their way around town.

For fans of baseball, Baltimore is the origin city for the New York Yankees (who played their first two seasons in the American League as the original Baltimore Orioles before moving up north). The city also has major significance as it was the birthplace of George Herman “Babe” Ruth, the first superstar of the game. Other similarities between the two cities are the trove of Revolutionary War and War of 1812-era sites in the city. Although New York had a grand set of harbor fortifications that were prepared to repel a British assault during the War of 1812 (Castle Clinton, Castle William, and Fort Wood in New York Harbor), they are not quite as famous as Baltimore’s Fort McHenry, which secured its place in American History forever during the Battle of Baltimore—commemorated in the Star Spangled Banner. Although the merits of my next point may be debatable, Baltimore also has a unique dining scene—not only in several enclaves such as a Little Italy, Greektown, and a bar district in the charming Fells Point neighborhood near the Inner Harbor.

There are other commonalities with both cities—including devastating great fires and protests during the Civil War. If you are from the Baltimore region and would like see sights in New York that have a connection to the Charm City, you may be able to arrange this on a customized tour with Sights by Sam.