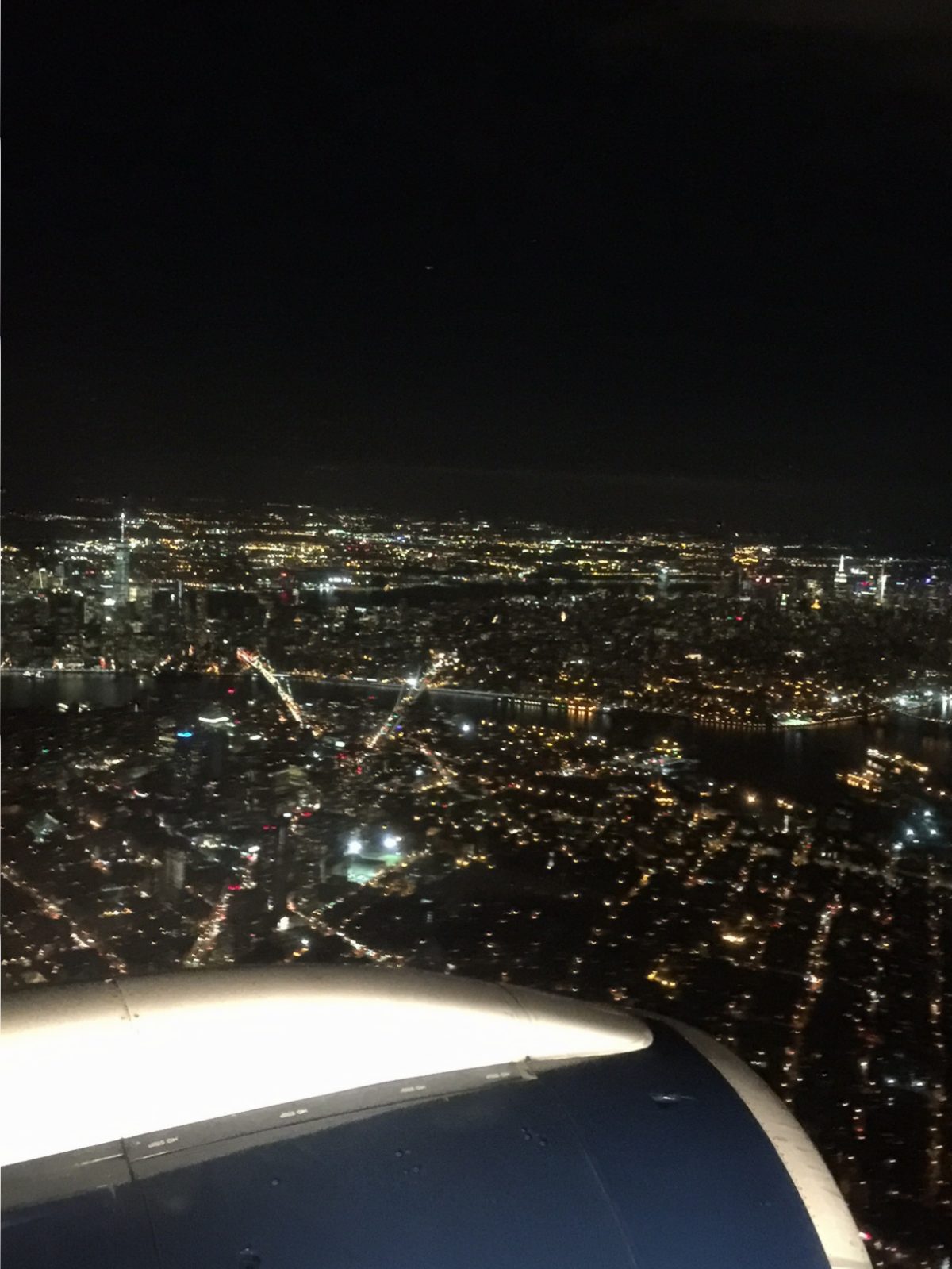 Airports have today replaced train stations as the gateways into the city.  Each year, millions of people stream into New York’s two airports: LaGuardia (LGA) and John F. Kennedy International (JFK), both located in Queens.  Additional travelers make their way into the city from Newark-Liberty International (EWR), close by in New Jersey.  All three make it into the top ten most used in the U.S., with JFK being the nation’s main international gateway.  All three airports are today managed by the Port Authority of New York and New Jersey.

EWR, sitting just south of Newark, New Jersey, was the first airport constructed in the metro area in 1928.  It retained the title of the world’s busiest until 1939, when LGA was opened.  It was briefly used as a military base during World War II by the Army Air Force.  EWR was renamed Newark-Liberty International after the attacks of September 11, 2001.  In the mid 2000s, it was briefly the site for the world’s longest nonstop flight—a run by Singapore Airlines to Singapore that took between 18 and 19 hours.  This flight was phased out due to being unprofitable.

LGA  has a colorful history.  It was the site of an amusement park in its earliest stages, later becoming a civil airfield.  On the way back from a meeting of mayors in Chicago in the 1930s, Mayor Fiorello LaGuardia raised a tantrum on a flight terminating at Newark as he claimed his ticket was for New York and not New Jersey.  This flight was flown (with LaGuardia being the sole passenger) to the military field at Floyd Bennet Field in Brooklyn.  LaGuardia made getting a major airport built in New York as one of his primary objectives.  After he was unable to construct larger airports at Floyd Bennet Field and build an airport on Governor’s Island (both military areas), the civilian airfield in North Queens was expanded for commercial use.  This site was ultimately picked for its closeness to the World’s Fair site at Flushing Meadows-Corona Park and that it could be linked up to Manhattan via the Triborough Bridge and Queens-Midtown Tunnel.  A favorable consideration was that flying boats (which was then how transoceanic flights flew) could land right in the Long Island Sound.  Due to his advocacy for the airport, the city’s Board of Estimate named the airport after LaGuardia, while he was still the sitting mayor, for his advocacy for the airport.  After being the busiest airport in the U.S. for a number of years, the airport was deemed too small in the 1940s.  To cope with increasing traffic, regulations were made that limited the size of commercial airliners and distance they could fly, much like Reagan-National Airport in Arlington, Virginia.  In 2015, the State of New York and the Port Authority announced an aggressive program to completely renovate the airport and build a new terminal.

Around the 1940s when LaGuardia was reaching capacity, the city quietly bought the Idlewild Golf Course in Jamaica, Queens, and began construction of a new airport.  In 1963, the New York International Airport was renamed after President Kennedy, who had been recently assassinated.  Traffic increased at JFK as flights were transferred there from LGA.  The jet age witnessed many extravagant air terminals constructed at JFK—such as the TWA Flight Center and a terminal designed by I.M. Pei for National Airlines, and a Pan-Am Airlines “worldport.”  The TWA Flight Center was saved from demolition, but preservationist efforts to save other terminals failed.  JFK was also the site of a robbery of over $21 million (in today’s value) of cash and jewelry from a Lufthansa Airlines warehouse in 1978.  The crime has never been solved and the goods never found.  Today, 70 airlines flying to every inhabited continent call on JFK.

Although the closest you’ll get to the airports on a Sights by Sam tour is seeing jetliners ascend or descend in the sky going to and from the airports, understanding the history of these facilities helps to gain a greater appreciation for the various systems that make New York function.  This is the type of information you will learn on one of my tours.