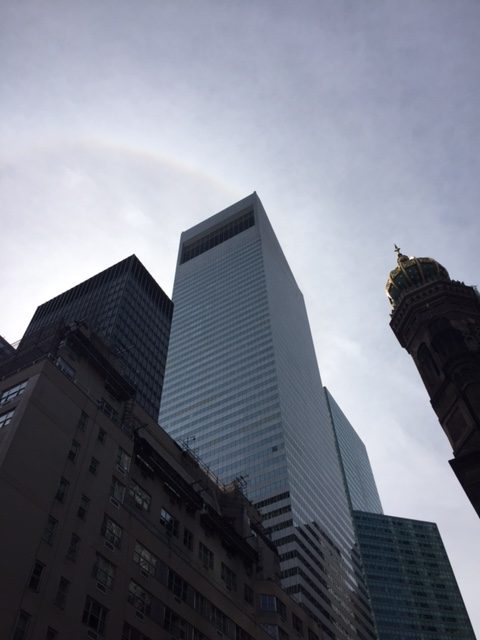 Known for its former name as the Citigroup Center, 601 Lexington Avenue, a 915’ tower, is most famous for its bright white color and angled roof. Initially meant for a solar panel, this feature makes the building distinct in the Midtown Manhattan skyline. The building was designed by Hugh Stubbins and Emery Roth and Sons and completed in 1977. The building is also more narrow at the base compared to its higher floors, requiring a mass damper in the angled roof. The skyscraper is also famous for another towering mishap that could have been.

The flaw of the building was literally in its nuts and bolts. After the tower was completed in 1977, a student and professor at Princeton University discovered that the building contained a massive design defect. When initially constructed, the joints in the angled top were welded instead of bolted in order to cut costs. The Princeton University team found that because of this, if a sheer wind hit the building in excess of 70 miles per hour, the building could literally rip apart. While a hurricane typically hits New York City every 50 to 60 years and was considered unlikely to occur, crews worked for months at night to weld the joints together. The building’s design defect was corrected and has been safe since 1978. What is even more astonishing is that this incident remained largely a secret until the mid 1990s.

In addition to being a notable feature of the skyline and having quite the story behind it, 601 Lexington Avenue was also built around a (redesigned) St. Peter’s Evangelical Church, which had been at this site since the early 1900s. The building also contains 1.3 million square feet of office space. This is the type of towering information that you will learn on a Sights by Sam tour.