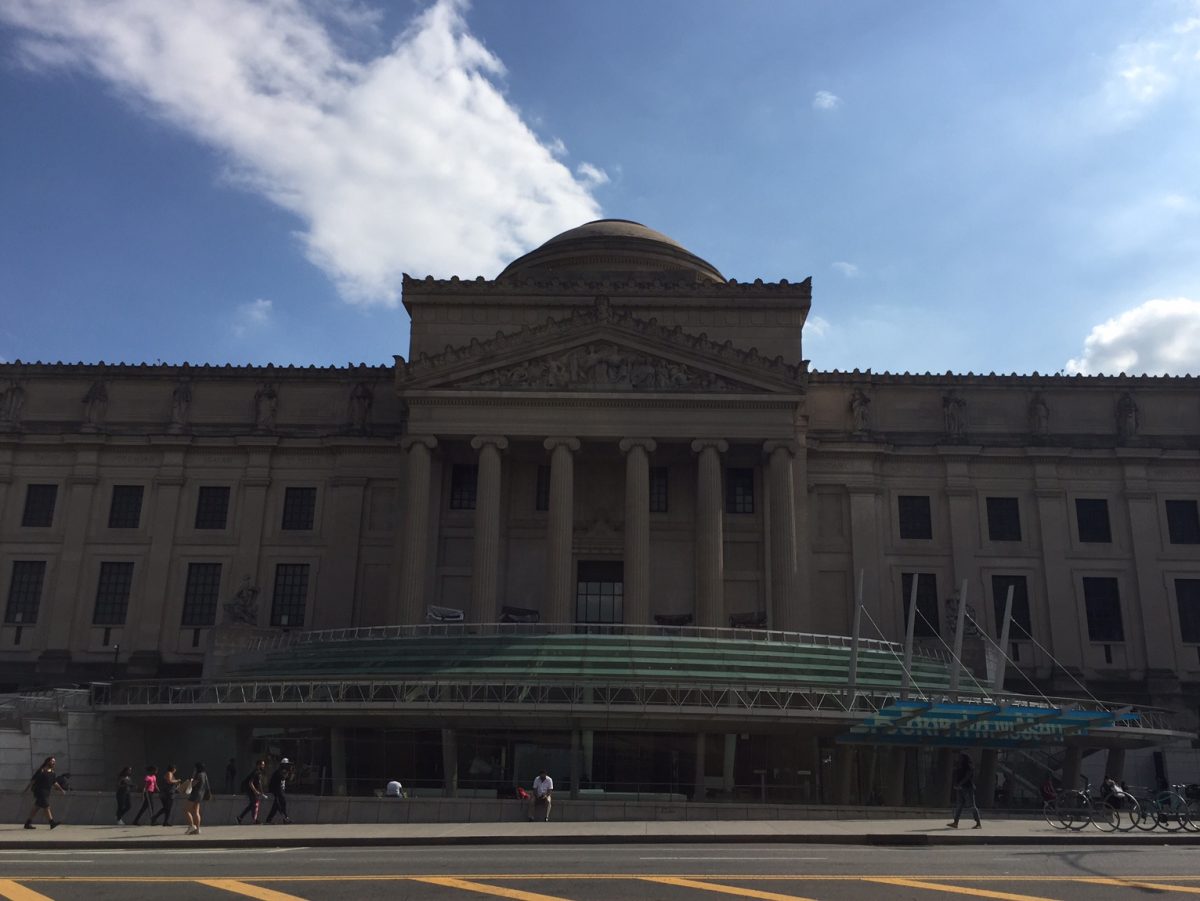 The museum’s current structure dates from 1897 and was designed by the firm of McKim,Mead, and White, with some structural embellishments by Daniel Chester French (the sculptor of President Lincoln’s statue at the Lincoln Memorial in D.C.).  After decades of deferred maintenance, the museum restored galleries and built a monumental glass entrance in 2004.  Other renovations and additions are still ongoing.

The museum contains an incredible collection of Egyptian art and artifacts that rival, if not exceed, those of the Metropolitan Museum of Art.  There is also an impressive collection of African art, early American portraiture, and impressionist art.  A wing of the museum is dedicated to feminist art and female artists.  Although rumored to have been constructed as the largest museum in the world, the entire collection is not displayed as it is too vast for the building.

One of the Brooklyn Museum’s best bargains is the Target First Saturday’s program.  Sponsored by Target Department Stores, the museum is free on the first Saturday of the month (excluding September).  These last from 5:00PM to 11:00PM.  As Admiral Chester Nimitz would have said about getting tickets before they run out on these dates, “Get there firstest with the mostest.”

The immediate neighborhood around the Brooklyn Museum is worth exploring as well.  The museum sits at the entrance to Prospect Park—Brooklyn’s answer to Central Park (it was even designed by Frederick Law Olmsted and Calvert Vaux as well).  Near the entrance to Prospect Park is the Soldiers and Sailors Monument, showing the sacrifice Brooklynites made in the Civil War.  The Brooklyn Children’s Museum is also a manageable 20 minute walk from the Brooklyn Museum.

Brooklynites have often sat in the shadow of Manhattan.  A trip to the Brooklyn Museum and the surrounding neighborhood give the people of the Borough of Champions reason to hold their heads high.  Sign up for a Sights by Sam walking tour to learn about the treasures of the city.