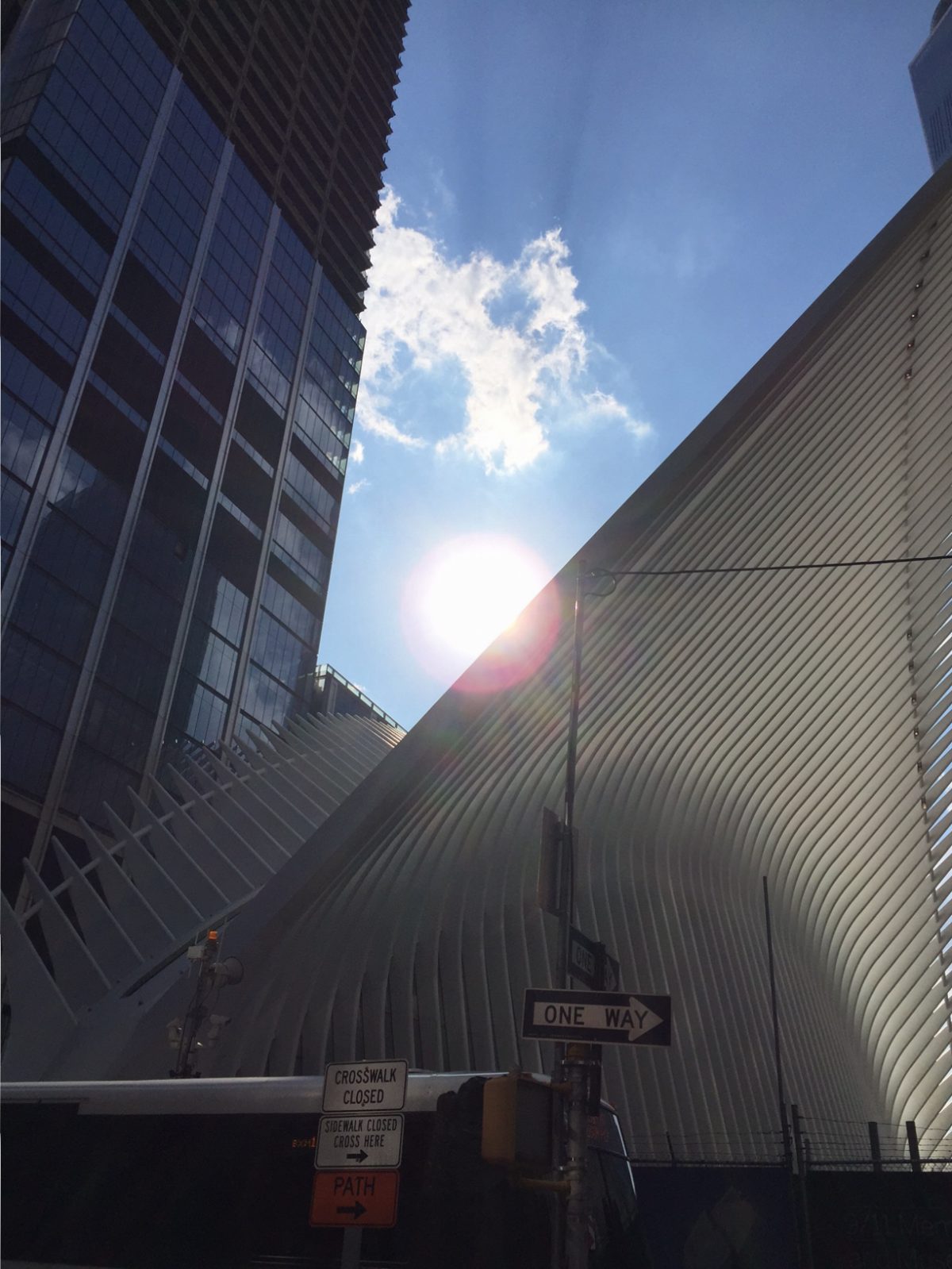 As I mention on most of my tours, the population of Manhattan goes up to over 4 million during the average weekday.  Of this number, over 250,000 arrive into Manhattan from nearby New Jersey aboard the Port Authority Trans-Hudson (PATH) railroad.  Using two lines, commuters from Newark, Jersey City, and Hoboken cross the Hudson into the city every day.  While there are technically four lines (servicing Newark, Jersey City, and Hoboken), the main services go from Newark to the World Trade Center in Lower Manhattan and from Jersey City to Herald Square in Midtown Manhattan.

PATH owes its beginnings to the Hudson and Manhattan Railroad.  Its tunnels were constructed between the 1890s and 1910s in several stages—including a stoppage at the turn of the century after a major accident in which many workers digging the tunnels died.  The system was very popular—in fact inspiring the work, Manhattan Transfer by John Dos Passos, until vehicular tunnels under the Hudson were opened.  The railroad limped along until it was acquired by the Port Authority of New York and New Jersey in 1962—in order to help solidify their claim on the World Trade Center site, where the Hudson and Manhattan Railroad’s station in New York was located.  The Newark to World Trade Center line was heavily damaged in the September 11th Attacks, but has since been rebuilt and put back into operation—crowned with Santiago Calatrava’s $4 billion station.

While it may look like a subway, PATH is a commuter rail system.  Because the PATH system goes through mixed rail yards in New Jersey (where there are other passenger and freight trains), the cars conform to federal rail standards, as do the train’s engineers and conductors.  PATH also runs 24 hours a day—making it one of the few rail systems in the U.S. to do so.  Rail customers cannot transfer directly between PATH and NYC subways, although many stations have close connections and the PATH system uses the MTA’s Metrocard fare system (a direct transfer at the final PATH station to the NYC subway system at 33rd street in Midtown was sealed due to security reasons although signs on the walls still allude to the connection).

While it is not likely that you will use the PATH system to take a Sights by Sam tour (although the 9th Street Station is near where my Villages tour begins), PATH forms an important transportation link in the metropolitan area and is helpful for people looking to get to nearby New Jersey cities or see the New York Red Bulls play at their stadium in Harrison.