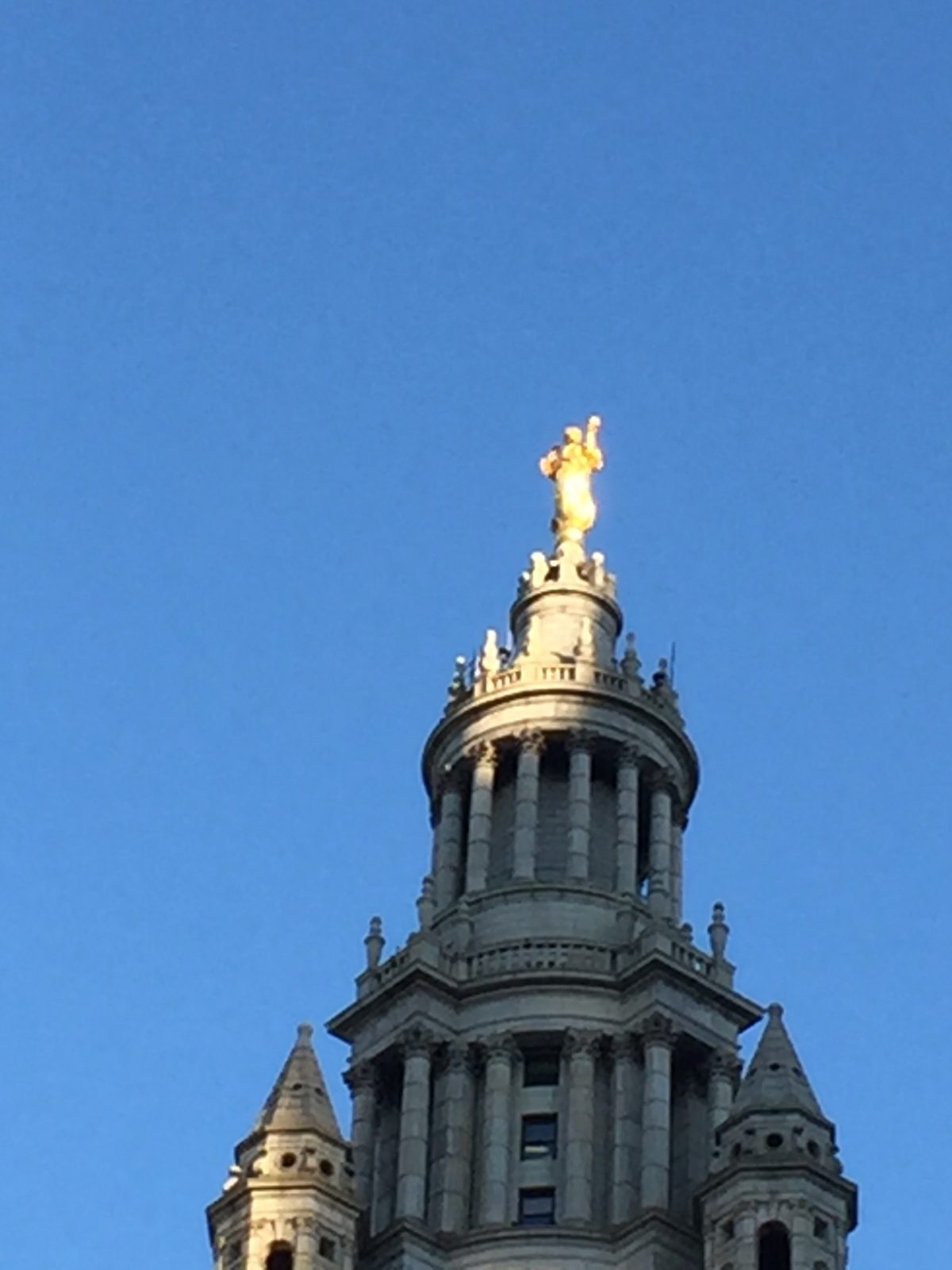 Born in Germany, Weinman immigrated to the U.S. when he was a teenager and was educated at the famous Cooper Union in New York City.  He became a gifted sculptor and is perhaps best known for sculpting coins.  His most famous design was the Walking Liberty Half-Dollar and the Mercury Dime designs of the late 1800s and early 1900s.

Weinman is famous for his sculptural work.  In New York, he is most famous for designing eagle statues that once graced the front of McKim, Mead, and White’s 1910 Pennsylvania Station in Midtown.  As I mentioned in my blog article about the Manhattan Municipal Building, his most famous work is the 25’ tall gilded copper statue, Civic Fame, which celebrates the unification of all five boroughs into New York City in 1898.  Weinman also sculpted ornamental details on this building, which can be seen on a Sights by Sam-led “Foundation of New York” tour.

This is the type of information you will learn on any Sights by Sam tour.