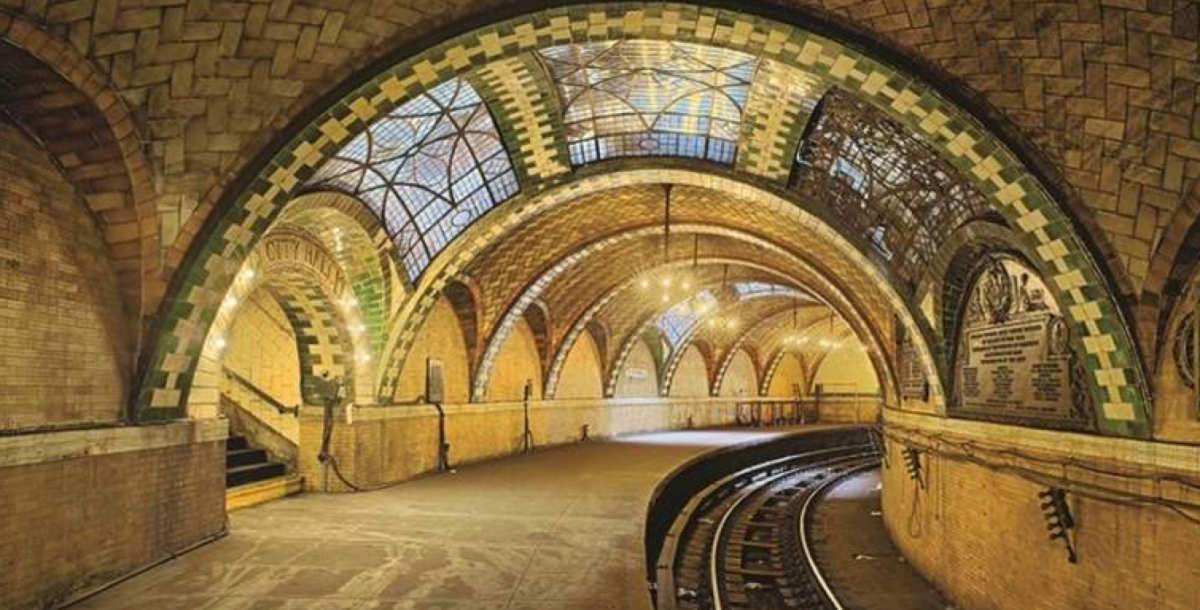 Under the very streets of New York is one of the most important sights to behold, yet important for ferrying over three million people through the metropolis daily.  The New York City Subway, with 469 stations and enough track to go from Manhattan to Chicago, is essential to the functioning of the city as we know it.

Before 1904, when the current system opened, a crowded, seemingly never ending mass of horse carriages plied across the city.  The horses powering these carriages produced thousands of gallons of waste daily. This was in addition to the dead horses, which had to be removed.  For many, transportation was done via streetcars and cablecars, but these were dangerous for pedestrians in some areas (the Brooklyn Dodgers earned their nickname from fans dodging trolleys careening around their ballpark).  There were several elevated lines, but these were initially powered by steam (sending their pollution onto the streets below) or blocked out light to the bottom of the street (such as on the Bowery).  A new solution had to be found.

Inspired by developments in London in the mid 1800s, underground rail was sought.  Inventor Alfred Ely Beech developed a short subway line that was powered by large fans blowing the car from one terminal to the other in the late 1800s.  This line was short-lived due to political issues.

In 1900, the Interborough Rapid Transit Company (IRT) began building its lines on the east and west sides of Manhattan and opened in 1904.  The IRT was soon joined by the Brooklyn-Manhattan Transit Corporation (BMT) and later the Independent Subway System (IND, run by the city, as it was built independently of private investment).  The City of New York wound up owning all three systems a little before World War II.  Being three different companies, the stops often overlap, with many stops converging in Lower Manhattan as the idea was to move as many people as possible to the business district for work in the morning and back home at night.  The old systems are all incorporated into the current system: the IRT (numbered lines), the BMT (J through Z lines), and the IND (A through G lines).  Many lines can run in a local-express configuration, and the system is the largest of its type in the world that runs all day, every day.

The subway, in addition to being mostly utilitarian in its purpose, does have art in it such as Guastavino tiling, while other stations have intricate mosaics (Brooklyn Bridge-City Hall has pictures of the great bridge and Astor Place has beavers, which allude to the source of the Astor Family’s wealth in furs).  Several stations also have pieces from the Metropolitan Transportation Authority’s Arts and Design Program, which features local and well-known artists.

The next time you are traveling from point A to point B in our great city, take a moment to look for hidden design accents and marvel that this is the busiest, hardest working system of its type in the country and an instant symbol of the great city.  This is one of the many things you will learn on a Sights by Sam tour.